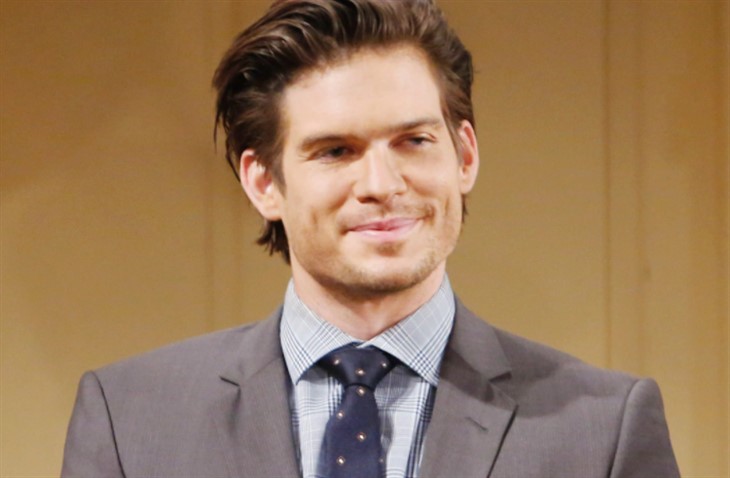 The Young and the Restless (Y&R) spoilers reveal that Tyler Johnson (Theo Vanderway) appears to have finally spilled the beans about his next acting venture. It looks like he is set to join the Sons of Thunder series on PureFlix. It has been reported that he has been cast for season two and there are no other details available at this time so come back here often and we will keep you updated about this handsome and talented star’s new role.

Fans of the energetic actor know that he has been leaving hints in a very broad breadcrumb trail which has now culminated in this great news. He seemed to enjoy pulling fans along with little hints here and there and his fans were dying to know what they would be seeing him in next.

This weekend Johnson tweeted a pic of himself riding a motorcycle and promised fans to keep ready for an important announcement.

Y&R fans automatically assumed (or at least hoped) that he was teasing a return to Genoa City, Wisconsin the location of the show. Alas, it does not seem to be that exactly!

What do we know about the show is that in Season 1, a combat veteran named Simon rides across the country helping anyone God puts in his path, working odd jobs, and trying to find redemption for past sins in a biker club.

All of that sounds like a surefire hit and we will pass along more details as they become available.  Since his official departure from Y&R fans have seen his character Theo saunter into town a time or two. Of course it was to cause trouble by stirring the pot!

The Young And The Restless Spoilers: Kyle's Path To Victory – Tara, Summer, And Sally Team Up To Help? #yr #youngandrestlesshttps://t.co/ITYOcHtcME

He is a newly discovered part of the extended Abbott family but definitely a square peg in a round hole. He tried to extort the family for money and when that didn’t work he ended up being sent to run the family boutiques in Paris. At least he wasn’t sent to prison of disinherited.

But he has not stopped his sneaky ways and recently returned to spill dirt on his cousin Kyle Abbott (Michael Mealor). Will Theo keep coming back to stir the pot? Time will tell!

The Bold And The Beautiful Spoilers And Rumors: Dollar Bill Spencer Hiding Something From His Past?