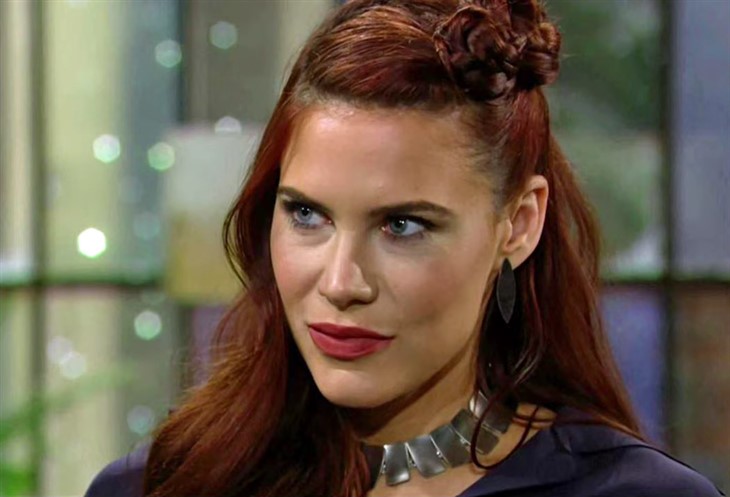 The Young And The Restless Spoilers – Sally Spectra’s Dangerous Vendetta

Y&R spoilers reveal that co-executive producer and head writer Josh Griffith teased what can be expected as May Sweeps continues. He told Soap Opera Digest that Sally’s vendetta against Summer Newman (Hunter King) and Kyle Abbott (Michael Mealor) will take a dangerous turn. It will directly affect the couple’s relationship.

Plus, Ashland Locke (Richard Burgi) and Tara Locke (Elizabeth Leiner) return to take care of unfinished business. It is teased that Kyle’s life will completely implode. As for Jack Abbott (Peter Bergman) and Phyllis Summer (Michelle Stafford), they will both take action in their own way to protect their loved ones.

Right now, we are seeing Adam and Nick battle Mother Nature, as well as each other and life throwing curveballs. Just when Adam decided to go with his brother to save Faith Newman (Reylynn Caster), the roof collapsed. There will be risky decisions that could affect the lives of several characters. Nick and Adam will both face deadly situations, but what will be the outcome, and what does this mean for Faith’s future?

The Young And The Restless Spoilers – Chelsea Lawson’s Bold Move

The Young and the Restless spoilers for May Sweeps reveal that Victor has threatened to take custody of Connor Newman (Judah Mackey). Chelsea takes this threat seriously and it would kill her to lose her son. However, it is teased that she will end up making a bold move to get the upper hand against Victor, as well as the entire Newman family.

Y&R Spoilers – For May Sweeps

The Young And The Restless (Y&R) Spoilers Tuesday, May 4: Things Go From Bad To Worse For Nick And Sharon https://t.co/zBAkggdOQr pic.twitter.com/CTLdtsycEF

Billy Abbott (Jason Thompson) and Lily Winters (Christel Khalil) learn they are on different pages personally. However, they do agree when it comes to business. Victoria Newman (Amelia Heinle) gets a new business partner. As the two get closer, they will have everyone in Genoa City talking. Plus, Mariah Copeland (Camryn Grimes) won’t just be adjusting to the pregnancy. She will also have to find a way to deal with Abby Newman-Abbott-Chancellor (Melissa Ordway) being overprotective.