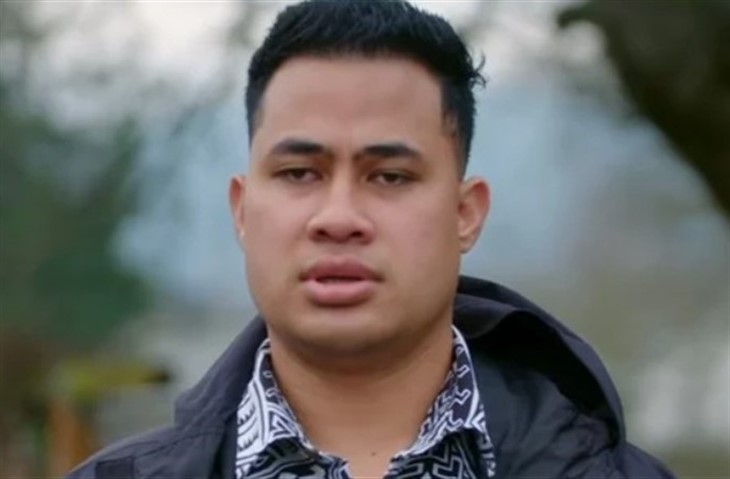 On season 5 of 90 Day Fiancé: Happily Ever After? Kalani Faagata and Asuelu Pulaa were in a rocky place. However, the premiere episode of season 6 reveals the couple in a better place. Asuelu seems to be more willing to be more agreeable with his wife than he has ever been in the past. While, admittedly, the season is young, this has resulted in a new and strange Asuelu that fans are not used to. But is he being genuine? Has he changed for the better?

In the previous season, Asuelu regularly fought with Kalani in front of her mother. He also fought with her sister, Kolini. Meanwhile, the Pulaa matriarch kept hammering the couple, saying they must give her money that they didn’t actually have. In fact, this was so much so, fans began to be bored with their appearance on the TLC reality show. Many believed their marriage wouldn’t last for another season, but it has.

In the 90 Day Fiance Happily Ever After episode on Sunday, April 25, Kalani and Asuelu go out for crepes, something that seems to be a new thing for the Samoan native. However, while dining, Kalani dropped a bombshell on Asuelu. She told him her sister was coming to live with her family. This means Kolini would be in close proximity to Asuelu.

Asuelu shows a different side?

As the pair have had their fair share of disputes in the past, Kalani fully expected a negative response from her husband. However, Asuelu said it was fine and that he was ready to move forward. What was really strange was that he then broke down into tears. He told Kalani that he hopes she can see he is trying to change and is trying to do the right thing. However, in a later confessional, Kalani said she wasn’t so sure. 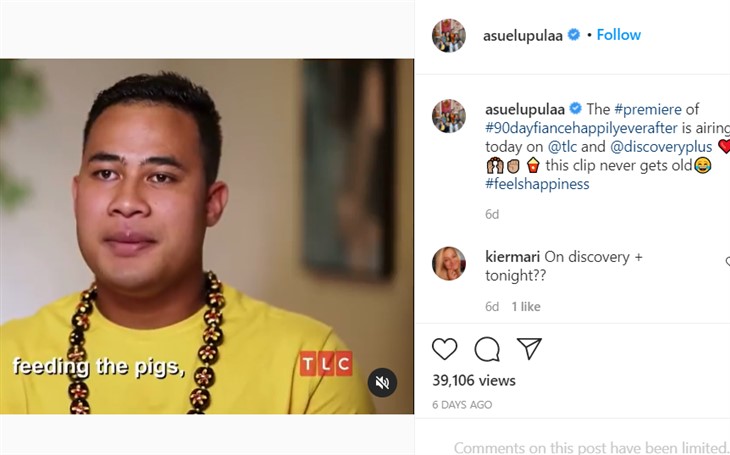 Kalani reminded fans that Asuelu has used crying as a form of manipulation in the past. Now, while she obviously wants him to change, she is not sure that he truly has. 90 Day Fiance cast member Kalani said she wants Asuelu to be supportive and accommodating and loving towards her sister. However, she is not sure if his tears and feelings are the real deal.

Kalani’s confessional continued on 90 Day Fiance, where she said she just doesn’t know how to feel anymore because Asuelu has tricked her for so long. However, maybe he is changing and maybe this is them, starting a new life together. While this is obviously what Kalani wants, she says she has to remain cautious. Hopefully, as season 6 of 90 Day Fiancé: Happily Ever After? continues, fans will get a better idea of whether the father of two is being genuine.

Keep up with their story on 90 Day Fiancé: Happily Ever After? on TLC, Sundays at 8:00 pm ET.  Keep checking Soap Opera Spy for more 90 Day Fiance spoilers, news, and cast updates.