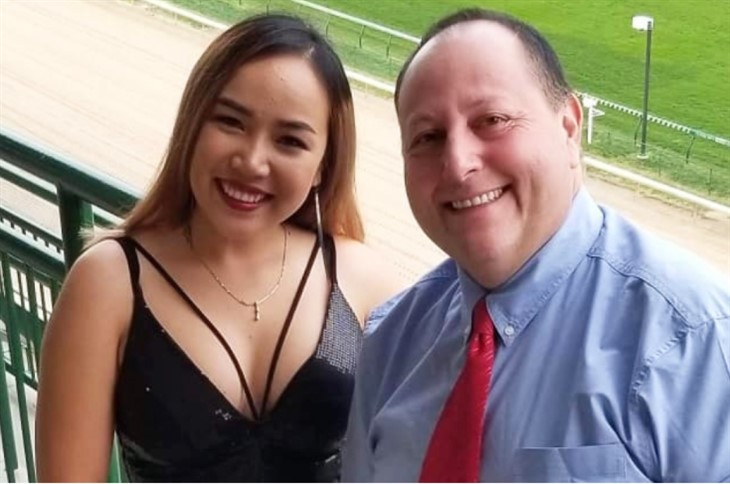 90 Day Fiancé stars David Toborowsky and Annie Suwan are fan-favorites on the TLC reality show. Their charming personalities and romantic love story have inspired many. This could be the reason why the reality couple has made over $185K on Cameo from more than 3,200 personalized messages. However, on top of this, the pair has attracted fabulous reviews, so the sky is the limit.

David Toborowsky and Annie Suwan had a charming love story on 90 Day Fiancé and they are still charming their fans today. The couple starred on 90 Day Fiancé and a number of its spinoff shows and hope to cash in on their fame. David and Annie are active on social media, but it is with Cameo that the couple has their most reach and makes the most money.

David and Annie charge $57 per personalized message and have so far recorded more than 3,200 for their fans. This means they have brought in more than $185K through their Cameo so far. On top of this, their messages are so popular, they have a perfect 5-star rating.

The couple normally does sit-down video messages for their fans. They pour their sweet hearts out in the process, while congratulating the receiver on various achievements or birthdays.

Their fellow cast members also make money on the platform, including 90 Day Fiancé: Happily Ever After? star Asuelu Pulaa who makes money with his impressive Polynesian dancing skills. Asuelu charges $69 per message and has a 5-star rating. Fans will remember that on the show, Asuelu never had money and his mother always wanted more. Well, he has so far made 305 videos and has earned more than $21, 045.

Not everyone does so well on Cameo, however, including 90 Day Fiancé: Before the 90 Days star, Rosemarie Vega. While Rose is popular on Instagram and YouTube, she has very low ratings on Cameo. Vega has done 125 videos to date and has earned around $4,000. However, she has 4.8 ratings, mainly because some customers said she mispronounced names and looked like she was reading from a paper while recording the messages.

Surprisingly, her former boyfriend, Big Ed Brown, known for being trashed by fans, has garnered a 4.9 rating on Cameo and has earned more than $100,000. Meanwhile, former TLC reality star Angela Deem charges $75 for each Cameo message and has made more than $40,000 to date.

There is no doubt that with their charming and friendly personalities, David and Annie will continue to make an excellent living from their reality TV fame.