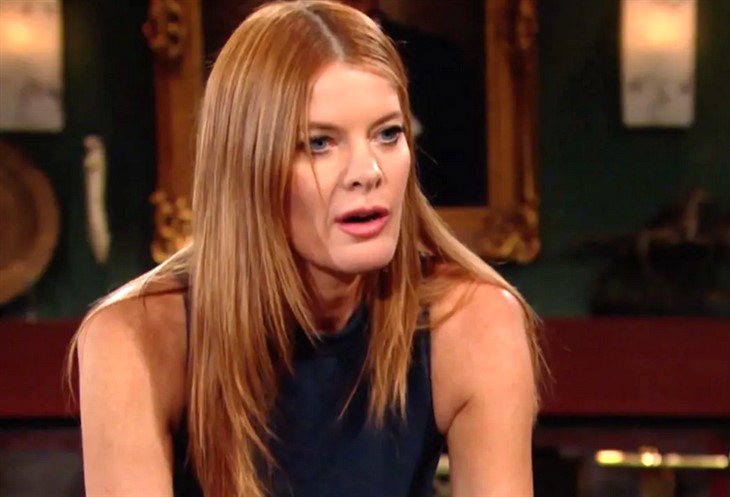 The Young and the Restless spoilers reveal that Phyllis Summers (Michelle Stafford) seeks out Angelica Marchetti (Cristina Serafina). Summer Newman’s (Hunter King) boss is in L.A. meeting with Eric Forrester (John McCook). Phyllis gets on a plane and has a chat with both of them. She learns that Sally Spectra (Courtney Hope) is the reason Summer got the job offer in Milan.

Y&R spoilers reveal that Sally went to great lengths to get rid of Summer. She tried to make a deal with Ashland Locke (Richard Burgi), but he wasn’t interested. Sally tried approaching Tara Locke (Elizabeth Leiner) next but was turned down. However, Sally had a feeling that Tara would eventually reach out to her.

She was right and the two schemers put a plan in motion that would get Summer out of the picture. It worked and the young woman took the creative director job in Milan, Italy. She also had to break up with Kyle Abbott (Michael Mealor) or he would never see his son again. Tara was able to focus on bonding as a family with Kyle by using Harrison Locke (Kellen Enriquez). Meanwhile, Sally got promoted and took over Summer’s position.

Phyllis hasn’t given up trying to find evidence that Summer was driven out of Genoa City. She knows that Tara and Sally are working together. Despite everything she’s done to expose the manipulators, she can’t seem to convince Kyle or Jack Abbott (Peter Bergman).

After Sally’s threat, Phyllis gets an idea and reaches out to Angelica. She learns that Summer’s boss isn’t in Milan right now. She’s actually in L.A. meeting with Eric, who runs Forrester Creations. Phyllis jumps on a plane and races to L.A. so she can talk with both of them.

The Young and the Restless spoilers reveal that Angelica will gush about Summer. She seems to like the work that the new creative director is doing. While Phyllis is pleased that her daughter is doing so well, she needs to know why Angelica approached Summer with the job offer. She knows that Tara and Sally are involved, but is unprepared for Eric’s truth bomb.

He tells the story of Sally coming to L.A. to request a favor. She wanted the Forrester patriarch to recommend Summer for the creative director position at Angelica’s company. At first, Eric didn’t trust Sally, but she insisted that it was to help a friend follow her dreams. At one point, he wanted to call and check with Victor Newman (Eric Braeden), but Sally convinced him not to. Phyllis informs Eric that Sally used and manipulated him to get Summer out of Genoa City.

The Young And The Restless Spoilers: Exposure And Downfall

According to Soap Opera Digest, she is shocked at how big of a role Sally played in Summer’s job offer and exit. Phyllis suspected she was involved but didn’t realize she was able to orchestrate the entire thing. She takes a picture of herself posing with Angelica and Eric, then sends it to Lauren Fenmore Baldwin (Tracey E. Bregman). So, expect Lauren to have a pretty big reaction to the news.

Meanwhile, Kyle tells Jack about overhearing Tara’s conversation with Summer. However, Kyle is scared to take action as he doesn’t want to lose his son. “Skyle” fans shouldn’t fret, though. It is teased that Kyle reconnects with Summer. How will Tara be taken down without risking Kyle and Harrison’s relationship? When and how will “Skyle” be reunited and what does this mean for Sally’s love life and her career?