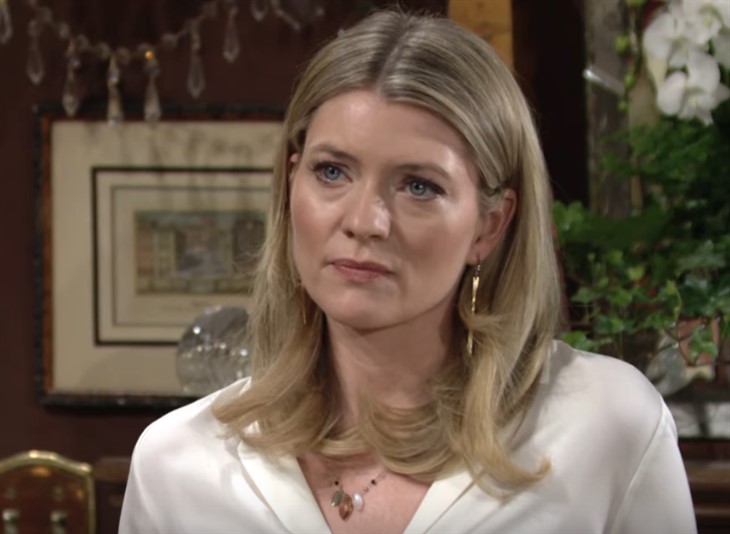 The Young and the Restless spoilers reveal that Tara Locke (Elizabeth Leiner) has made it clear that her son is off-limits. Sally Spectra (Courtney Hope) either doesn’t get the memo or ignores it. She secretly takes a video of Ashland Locke (Richard Burgi) and Harrison Locke (Kellen Enriquez). She leaks the video online but is she prepared for the consequences?

The Young And The Restless Spoilers – Protecting Harrison Locke

Y&R spoilers reveal that Tara has made it clear to everyone that it’s one thing for the media to write about or photograph Ashland or even her. However, Harrison is off-limits. Ashland, as well as the entire Abbott family, is determined to protect Harrison from the media, as well.

Recently, Ashland made the news for a few different reasons. His divorce from Tara was big news. Ashland and Victoria Newman’s (Amelia Heinle) relationship has been the topic of headlines, as well. Harrison’s paternity ended up in the public eye, which Tara talked to Billy Abbott (Jason Thompson) about. Of course, someone leaked to a tabloid that Ashland has cancer with only six months left to live. However, that won’t be the end of it.

The Young and the Restless spoilers reveal that Sally is up to no good again. She secretly records a video of Ashland and Harrison at the park together. At one point in the video, Harrison is having trouble catching his breath. Soon, the video will be leaked online. Ashland decides that the best course of action is to issue a public statement about his cancer diagnosis. Co-executive producer and head writer Josh Griffith discussed the storyline with Soap Opera Digest.

“He [Ashland] knows this video will only lead to more questions and investigations. He wants to get out in front of it all and control the narrative as much as possible.”

Ashland is going to be upset about this video being secretly recorded, as well as it being leaked online. More upsetting to Ashland isn’t him being recorded having breathing problems. It’s Harrison being featured in the video.

When Tara finds out about this, she will be furious. She will likely investigate and find out that it was Sally who exposed her son. It is teased that someone gets revenge on Sally. We previously speculated it would be Tara, but were unsure of the reason. This must be it, which means there will be a new ongoing feud for Sally. With that being said, Sally should be careful. She’s not even in the same league as Tara, and it was stated that the woman is dangerous. Just how severe will Sally’s consequences be and will she dare to strike back?