The Young And The Restless Spoilers: Nikki Investigates Summer’s Secret, Will She Uncover Truth? 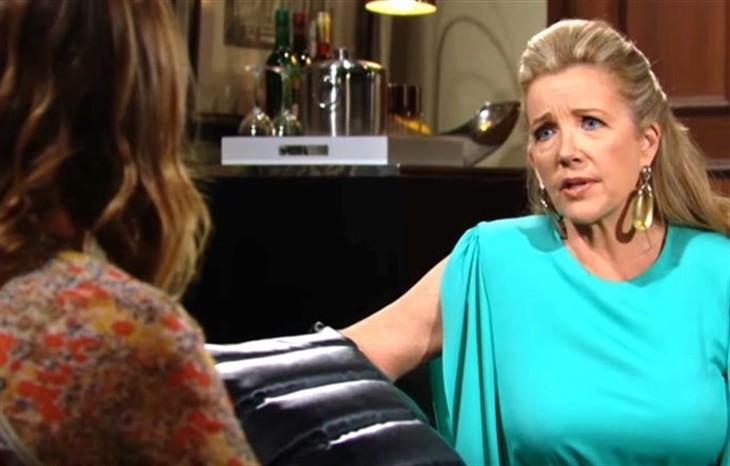 The Young and the Restless spoilers reveal that Summer Newman (Hunter King) pretends that everything is just fine. However, Nikki Newman (Melody Thomas Scott) knows she is suffering and wants the whole truth. She can’t seem to get it out of Summer, which has Nikki fearing the worst. She investigates Summer’s secret and could be the one to blow the truth wide open.

The Young And The Restless Spoilers – Suspicious Of Sudden Life Changes

Y&R spoilers reveal that Nikki and Victor Newman (Eric Braeden) make a stop in Italy. Their purpose is to check in on Summer. They both support her decision to take the creative director job in Milan. They are aware that it’s a wonderful opportunity, but they are also suspicious. Suddenly and without any real explanation, Summer dumped the love of her life, quit a job she loved and left the country.

Y&R Spoilers – Sticking To Her Story

In the new issue of Soap Opera Digest, co-executive producer and head writer Josh Griffith discussed the upcoming scene. The scribe explained that Victor and Nikki just want to be sure that Summer made the right choice for the right reasons. When the young woman is quizzed about her recent decisions, all she will admit to is missing her family. Nikki even tries to get the truth out of Summer when it’s just the two of them. Unfortunately, Nikki can’t get her to open up at all.

The Young And The Restless Spoilers – Searching For The Truth

The Young and the Restless spoilers reveal that Nikki isn’t going to simply drop the matter. If Summer won’t tell the whole truth, then Nikki will take matters into her own hands. She does her own undercover investigation. She is familiar with complicated relationships and suspects it all revolves around Kyle Abbott (Michael Mealor).

She is on the right track but the real story is more complex than Kyle and Tara Locke’s (Elizabeth Leiner) love child. Tara wants a piece of the Abbott pie, both for personal and business reasons. Then, there is Sally Spectra’s (Courtney Hope) part in the scheme. Only time will tell if Ashland Locke (Richard Burgi) is also part of Tara’s scheme.

Nikki won’t be the only one digging for answers. Phyllis Summers (Michelle Stafford) has joined forces with Billy Abbott (Jason Thompson). Amanda Sinclair (Mishael Morgan) was told about it. Even though her focus is on her family’s secrets, she could stumble into the storyline. Then, there are those who are part of the plot but aren’t suspicious yet. Out of all of these players, the head writer teased that Nikki could be the one to actually find out the truth.

“If anyone can uncover the real reason behind Summer’s decision, it may very well be Nikki.”