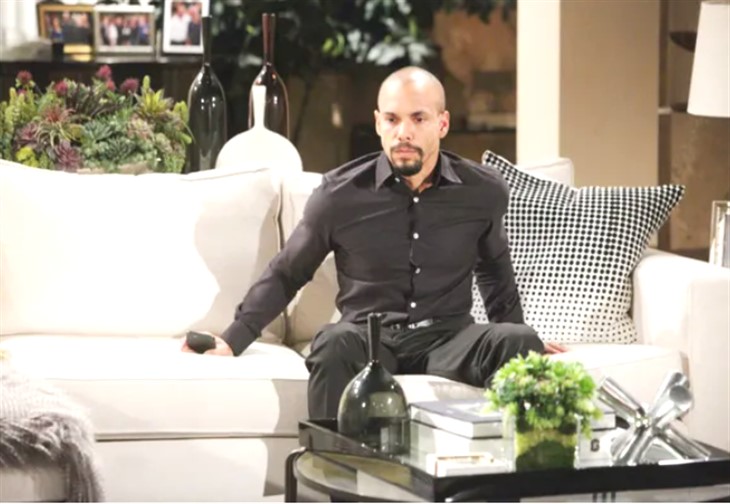 The Young and the Restless (Y&R) spoilers for Thursday, August 26, 2021, reveal the search for Mariah drawing to a close as her loved ones start putting things together.

The Young And The Restless Spoilers – Devon Hamilton Knows The Deal

As Mariah (Camryn Grimes) suffers through labor in that wood-paneled room all alone, Devon (Bryton James), the biological father of the baby she is carrying, takes his suspicions to The Great Victor Newman (Eric Braeden). He planted the seed in Abby’s (Melissa Ordway) mind that Stitch (Sean Carrigan) might be taking advantage of her situation to get closer to her, but he clearly thinks it goes further than that.

Does Devon tell Victor that he thinks Stitch is the one who kidnapped Mariah, which has seemed obvious to many members of the audience since he waltzed back into town and kept showing up at the most opportune moments?

Could Stitch have lost his mind with everything that has happened with his son that he resents Abby finding happiness and having a baby? After all, it was his baby that she miscarried, resulting in her scarring, and thus Mariah carrying her baby.

While Devon and Victor discuss Mariah’s situation, Sharon (Sharon Case) is ready to climb the walls with worry about her daughter. She wants to both find her, make sure she is safe, and then take revenge on whoever did this to her. But will she go rogue or listen to her husband and leave everything to the professionals? Sharon has been known to go rogue before and even did so with Adam (Mark Grossman) earlier this year, so you never know.

Meanwhile, Kevin (Greg Rikaart)and Rey (Jordi Vilasuso) scour video surveillance from the convenience store and run into a roadblock just as they see Stitch. The video seems to have been manipulated so nobody can see what Stitch is really doing.

Will Rey and Kevin finally put two and two together and get Stitch as the culprit? And will they get their proof if Kevin is able to do some of his magical computer voodoo? Stay tuned to The Young and the Restless weekdays to see how these stories play out.