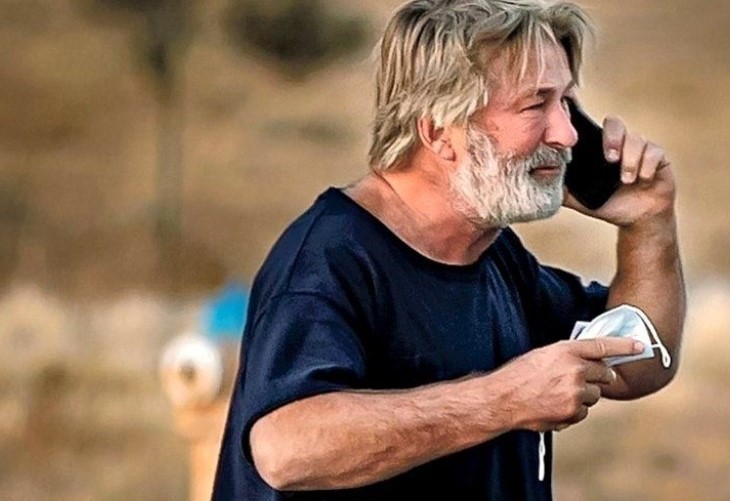 Alec Baldwin has become known as one of Hollywood’s most talented actors. But now Baldwin’s star has become tarnished in the wake of a shocking shooting on a Western movie set. As investigators continue to look into that shooting, which resulted in a horrifying death, the question of responsibility lingers.

Gradually, the public has learned the timeline of events on the set of Alec’s Western movie, “Rust.” And that’s resulted in one overall query. Will Alec Baldwin face criminal charges? Find out more below.

The tragic death occurred in Santa Fe during rehearsals for the movie “Rust,” reports the Daily Mail. Alec Baldwin had taken a gun, pointing the weapon at a camera during a rehearsal. And then came the shocker. The gun fired and turned out to be loaded.

As a result of the accidental shooting, director Joel Souza got injured and cinematographer Halyna Hutchins died. Legal documents contain affidavits about what took place leading up to that fatal gun shot. Per those documents, both Souza and a camera operator, Reid Russell, described Baldwin as receiving a prop gun.

Russell and Souza stated that Alec had been informed that the gun was NOT loaded. In addition, first assistant director David Halls made a revealing comment previously. Halls alerted the crew that the revolver used by Baldwin was a “cold gun.” Filmmakers use that term to describe a prop gun as safe for use and unloaded.

Alec Baldwin, producer of the film as well as the lead actor, and the crew may become involved in an upcoming investigation. Santa Fe County District Attorney Mary Carmack-Altwies has stated that she has not ruled out potential criminal charges. In addition, the D.A. noted that the weapon used by Baldwin was not a prop but a “legit” and “antique-era appropriate gun.”

As a result of the death, the prosecutor plans an investigation, including why an “enormous amount of bullets” were discovered on the movie set. That discovery comes in the wake of allegations that some crew members had used the same gun as Baldwin to shoot at beer cans prior to the accidental fatal shooting and injury.

Director Joel Souza described what occurred to investigators with Santa Fe County Sheriff’s office. He recalled hearing “what sounded like a whip and then a loud pop.” In addition, the director observed Hutchins falling backwards and crew helping her lie down.

Last week, the Santa Fe County Sheriff’s office executed a search warrant. According to that search, the weapon used by Alec Baldwin was one of three prop guns set up by the movie’s 24-year-old armorer, Hannah Gutierrez-Reed. She reportedly was the last person to handle the gun.

Hannah allegedly left that weapon with two other revolvers on a cart. An insider claimed that some crew members then took the weapons without the knowledge of either the first director or director. Those crew allegedly neglected to unload the weapon.

The investigation into all the events leading up to and following the fatal shooting continues. Share your views with us about this tragic event. And then check back on our site for all the news about Alec Baldwin and the movie “Rust.”