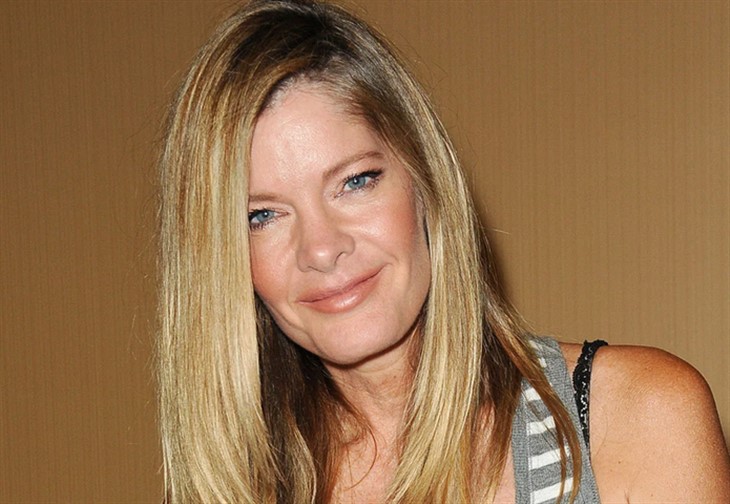 The Young and the Restless spoilers and updates tease that Michelle Stafford said her goodbyes to two of her co-stars, Hunter King and Michael Mealor.

Fans may recall that Hunter King’s alter ego, Summer Newman, bid farewell to her loved ones after she decided to remain in Italy with Kyle Abbott, portrayed by Michael Mealor. Their decision paved the way for their portrayers to exit the soap.

The Young And The Restless – Michelle Stafford Shares Emotional Post

Mealor confirmed his exit last month but there was no news regarding King’s departure. Even so, Stafford confirmed that King is leaving through an emotional Instagram post where she shared separate selfies with King and Mealor.

“It’s a little love for Hunter and Michael. I love them both so much! I will miss them. I want so badly for them to jump and follow their dreams and really make it happen,” the actress said.

Stafford rooted for both actors. She believes in both of them because they’re “superstars.”

“Maybe they can ‘stop by’ here and there,” she concluded, adding a heart emoji. “I love you guys! Go get ‘um!” the actress continued.

King joined The Young and the Restless in 2012 while Mealor became part of the soap in 2018. There have been speculations in the past few months that Mealor and King were leaving after failed contract renegotiations.

Jason Thompson, who plays Billy Abbott on the soap, seemed to have unintentionally spilled Mealor’s impending exit. But as for King, the actress never dropped a hint that she was leaving the show, which made some fans think that perhaps, she’ll just be going on a short hiatus and will be back to reprise her role.

Tara’s plan was exposed in recent episodes after Summer finally confessed why she decided to move to Italy. Kyle didn’t waste any time and immediately flew to Italy to ask for Summer’s forgiveness. The couple has reunited and have decided to stay in Italy, at least for the time being.

Stafford may be happy for her co-stars, but her alter ego, Phyllis, feels otherwise. Phyllis did all she could to expose the truth and hoped that Summer would return to Genoa City. She was left devastated after she found out that Summer had no plans of coming back home.

The Young And the Restless Spoilers: Chelsea Has Future Plans – Adam Appears Disinterested