The Young And the Restless Spoilers: Chelsea Has Future Plans – Adam Appears Disinterested 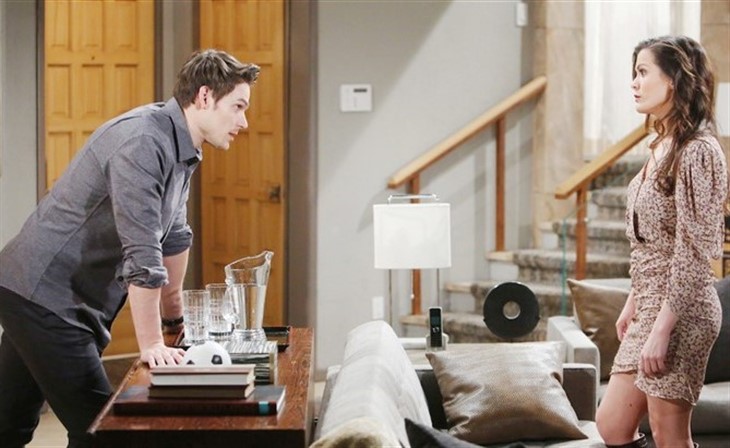 The Young and the Restless spoilers tease that Chelsea Lawson (Melissa Claire Egan) is considering all opportunities, including getting back in with Adam Newman (Mark Grossman). Whether he wants that is questionable, due to all that’s happened between Chadam dating back many months.

Chelsea’s trip to Minnesota, where she’s helping her mother to recovery from hip surgery, has been going well. Anita Lawson (Catherine Bach) wasn’t known to be in that state and hadn’t been seen in Genoa City, Wisconsin, in a few years.

While Bach’s character hasn’t appeared, Anita was referenced as part of a plot technique that allowed Egan to take maternity leave. Some advanced scenes appear to have been filmed, which is allows Chelsea to sporadically be part of the storyline.

The Young And The Restless Spoilers – Chelsea Lawson Returns To GC

Egan is expected to give birth later this month. The actor and her husband are wished well. If all goes as projected, Egan can return to filming in the fall.

That could mean that Adam and Y&R’s fans will see Chelsea before the start of winter. Assuming that’s the case, Chelsea will either remain by Anita’s side until then or pursue some side adventures.

Chelsea is being monitored through an electronic device, due to the crime she admitted to committing against Detective Rey Rosales (Jordi Vilasuso). Sharon Rosales’ (Sharon Case) husband has come to feel sympathetic toward Chelsea, mostly because he’s commiserated with her entanglement to Adam. Egan’s character has a wild side and might not be able to remain confined indefinitely.

Sharon remains the indefinite, preferred option. But Adam knows that she is currently committed to Rey.

TPTB may be creating a scenario where Chelsea and Rey become involved when Egan returns to the cast. So, the escort Rey provided Chelsea and Connor Newman (Judah Mackey) on the Minnesota trip, along with driving Chadam’s son back to GC from there, could come to be seen as the point in the plot where a personal connection took root and later grows.

The above speculation, if realized, would be the type of situation that enables a believable Shadam revival.

The Young And The Restless Spoilers – Unusual Chloe Mitchell Quirk

Why would Chloe Mitchell (Elizabeth Hendrickson) have accepted Adam’s offer to use Newman Media as a base for her fashion efforts?

Yes, Chloe is again Chelsea’s best friend. But it’s hard to ever believe that Chloe would willing work with the man who withheld that he accidentally killed Delia Abbott (Sophie Pollono) with his sport utility vehicle, unless there’s a deeper reason why Y&R made that happen.

The setup is that Chloe is getting the fashion platform off the ground and that Chelsea will join her when she returns from helping Anita. Adam is knowingly enabling the opportunity for him to be in close proximity to Egan’s character later this year. So, maybe Adam is not disinterested or is keeping Chelsea as a fallback option?