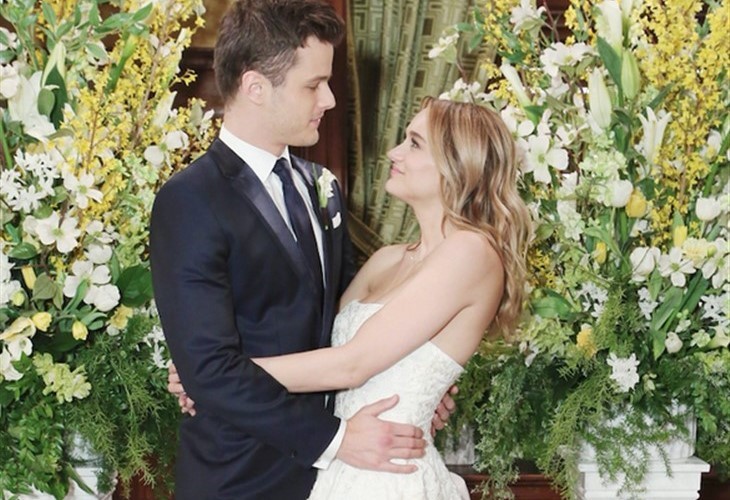 The Young and The Restless (Y&R) spoilers and update tease Nick Newman (Joshua Morrow), Phyllis Summers, (Michelle Stafford), and Jack Abbott (Peter Bergman) will soon be on the Abbott jet heading to the wedding of Kyle Abbott (Michael Mealor) and Summer Newman (Hunter King). Some Skyle fans have indicated they are baffled by the way Y&R has been handling the nuptials.

Y&R Spoilers – Ashland Locke And Victoria In The Mix

Some viewers have been saying they did not see an episode where it was officially announced that Kyle and Summer were getting married. This led to speculation of a double wedding with Ashland Locke (Richard Burgi) and Victoria Newman (Amelia Heinle). Some spoilers suggested that Skyle would be in attendance at Vicki’s wedding and when she left Ashland at the altar, the younger couple would get married in their place.

What is known at this point is that Michael Mealor and Hunter King will return to The Young And The Restless for two days in October. Spoilers indicate that Phyllis, Jack, and Nick will be traveling together to Italy on Friday. This seems to suggest that Skyle’s wedding will take place soon but there has been no official announcement of the date.

When Jack offered Nick and Phyllis a ride on the Abbott jet, he teased that “Red” would not like being in the air with Victor Newman for 11 hours. This lets Skyle fans know that Nikki and her husband will be there but there have been no other details about what happens in Milan. Spoilers, however, do tease that there may be some fireworks between the bride’s mother and the groom’s father. Skyle fans only want to see their favorite couple have their fairytale ending.