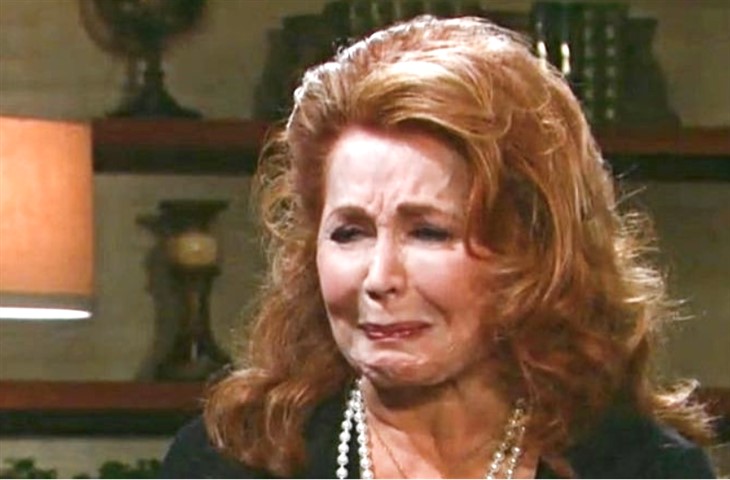 Days of Our Lives (DOOL) spoilers reveal that in Salem Maggie Horton Kiriakis (Suzanne Rogers) returns during the week of October 4. Maggie will still be dealing with the guilt of Summer Townsend’s (Marie Wilson) death. As fans recall, Summer blamed her alcoholism and illness on Maggie. Rogers explained that when Maggie needed Sarah Horton (Linsey Godfrey) the most, she wasn’t there.

DOOL spoilers reveal that Summer blamed her alcoholism on Maggie. When Maggie first realized that Summer was her daughter, it was a confusing and upsetting time. Summer tried to get revenge and destroy lives because of how she had to grow up. In particular, Summer wanted Maggie to suffer but the young woman was also jealous of her half-sister.

Eventually, Summer was diagnosed with a fatal condition stemming from her years of drinking. Although it was Summer’s choices that led to her alcoholism, medical diagnosis and ultimately her death, she always blamed Maggie.

Days of Our Lives spoilers reveal that despite Summer failing to take responsibility for her own actions, Maggie went to her. Summer was taken care of in her last days by the same woman whose life she tried to destroy… Maggie.

Maggie felt tremendous guilt for Summer’s failed life and the woman’s death. Even though Maggie never forced Summer to drink, she always felt responsible and it was really difficult for her.

One question fans have is why Maggie hasn’t noticed that Sarah has gone missing. It turns out that she has, but Maggie thinks Sarah just left. She has no idea that Kristen DiMera (Stacy Haiduk) impersonated Sarah, drugged her and then shipped her off to a deserted island. Rogers told Soap Opera Digest that at a time when Maggie needed Sarah the most, she wasn’t there.

“Well, she was really hoping that Sarah would have come home and realized that Maggie needed her, so she goes through it [Summer’s death] by herself. But when Maggie comes back, she has a different perspective… she had that weighing on her soul [Summer blaming Maggie for her alcoholism] and that’s why she stayed away and took care of Summer in her last days.”

When Maggie comes back, will she realize that Sarah hasn’t stayed away intentionally, but that something is very wrong? Will there be a search for Sarah or could the truth come out in another way? Perhaps when Rex Brady (Kyle Lowder) comes back, he will explain that Sarah didn’t leave town with him as everyone believes. We will have to keep watching the NBC soap to find out what happens next.