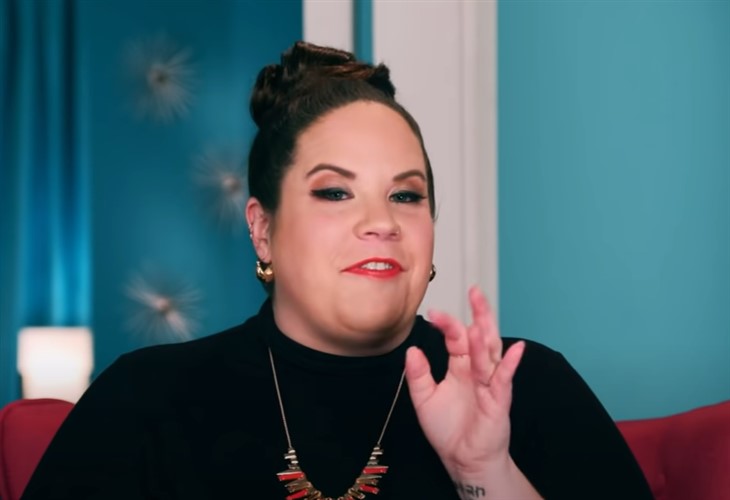 The trouble arose when Whitney had to fire her best friend, Ashley Barnes. It wasn’t anything that Ashley did to get fired, it was a matter of business efficiency.

During the most recent episode of My Big Fat Fabulous Life, we discover that Whitney had been keeping a secret from her friend.

As fans know, Ashley has been working for Whitney’s company No BS Active a body positivity-focused fitness subscription service.

Well recently, Whitney, 37, has been working on launching an app for the program and she’s been keeping it secret from her best friend, and Ashley discovered the truth in the last episode.

The reality TV star explained that she was about to sign an agreement with a company to develop an app that would ultimately handle all the admin tasks for No BS Active.

This meant that Whitney would no longer need to employ her best friend. Ashley was mad and went on to criticize her friend for not being honest and open with her.

This situation didn’t look good for Whitney and so she took to Instagram to set the record, and some of her critics, straight.

In the post, we see an image of Whitney and best friend Ashley together with all of the nasty comments emblazoned on it.

Out of the many angry comments, one irate fan wrote, “I use to love you but firing Ashley when she has a child?! Are you out of your mind? Karma will get your selfish _ss,’ and another wrote, “Just kill yourself, Ashley would never have done that to you.”

“There’s almost nothing I hate more than defending myself on the internet to strangers but, here we are,” Whitney’s caption addressing her critics began.

“This kind of abuse is not okay — it’s not okay to do it to a reality tv personality or to someone you’ve never met, and coincidentally, I’m both.”

The My Big Fat Fabulous Life star went on to explain that Ashley didn’t lose anything, writing, “What the show neglected to show is that [Ashley] has had a full-time job since before she began working on No BS Active admin on the side, and she still has the same job almost a year later — she did not lose her livelihood; she lost a couple hundred extra bucks a month.”

She berated her critics some more before backing off, saying, “I realize that the show made it look like No BS Active was her only job, but I would really implore some of y’all to use your critical thinking skills, understand that tv is entertainment, and you may not (imagine this!) know everything from watching an edited 45-minute episode crafted by people in an editing bay in Los Angeles.

It will be interesting to see how her friendship with Ashley handles this sudden change.