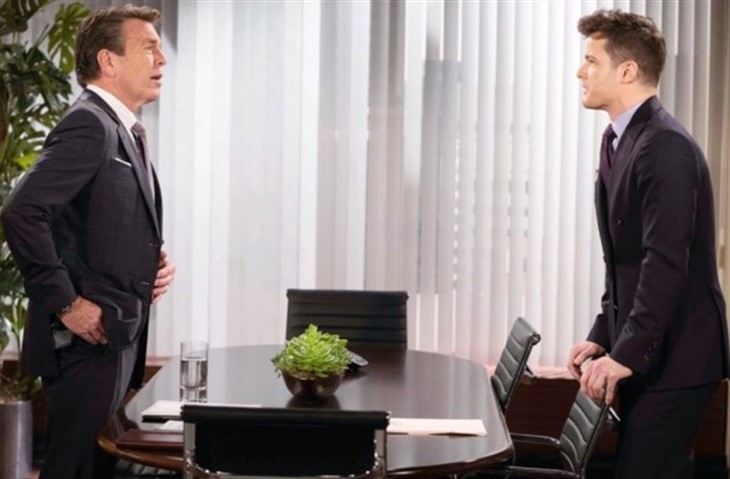 The Young and the Restless (Y&R) spoilers reveal that Kyle Abbott (Michael Mealor) is already regretting his decision. Making him feel even worse is Jack Abbott (Peter Bergman). He doesn’t mean to make Kyle feel guilty. His intentions are actually the opposite. Keep reading to find out about Jack’s gift and what is going through Kyle’s mind as he thinks about his son.

The Young And The Restless Spoilers – Kyle Abbott’s Guilt

Y&R spoilers reveal that Kyle has immense guilt and regret over his decision about Harrison Locke. Even though Ashland Locke knows that Kyle and Tara Locke (Elizabeth Leiner) had an affair, it’s not clear if he knows about Harrison’s true paternity. Kyle knows that he is the child’s biological father, though. He has tried letting him go, but he can’t just forget that he has a son out there. The thoughts about Harrison will consume Kyle, even on the evening of his engagement party.

Jack ends up giving Kyle a gift, which is John Abbott’s (Jerry Douglas) pocket watch. Jack gushes about being so proud of the man that Kyle has become and him making the right decisions. This only intensifies Kyle’s guilt and he thinks about how he made the wrong decision about his own son.

The Young And The Restless Spoilers – Michael Mealor On Storyline

The Young and the Restless spoilers reveal that there is a lot of shame, guilt, and regret going through Kyle’s mind. The actor told Soap Opera Digest,

“Jack is praising Kyle for growing up and making the right choices but there’s this underlying feeling with Kyle of, ‘No, I haven’t.’ The more genuine that Jack is, the guiltier Kyle feels. He’s feeling very unworthy of receiving this family heirloom because of this secret he’s harboring about Harrison.”

Later, Jack makes a toast to Kyle and Summer Newman (Hunter King) in honor of their engagement. However, it is interrupted by someone showing up who is the last person Kyle ever expected to see at the party. Mealor explains that at the very moment that Kyle’s future is looking the brightest, this uninvited guest leaves him feeling stunned. The only person we can think of that would hold that kind of power is none other than Ashland Locke. He clearly hasn’t really given up getting revenge as everyone thought.

It comes around the same time that Jack and Phyllis Summers (Michelle Stafford) make a pact to do everything they can to protect their children. So, this ties in with Ashland being the uninvited guest. What is Ashland going to say, what will his next move be, and how will Kyle and Summer survive this?