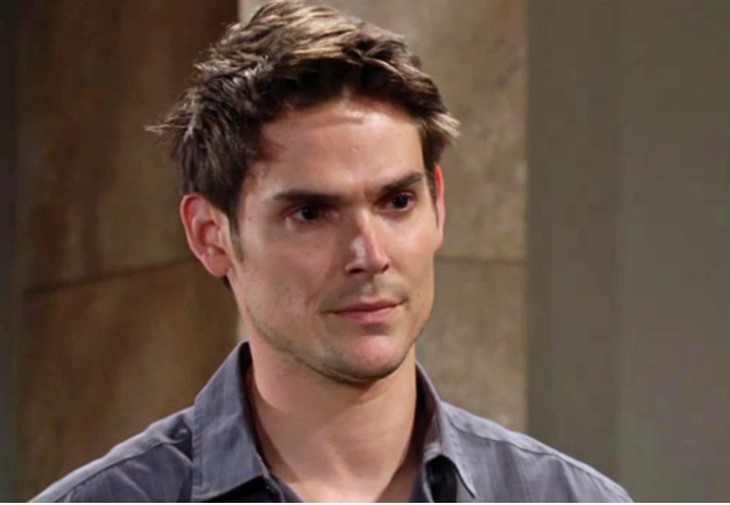 Viewers of The Young and The Restless will recall that after Adam and Nick Newman (Joshua Morrow) made it home from Kansas, where they had been trapped in the old Montalvo house after a tornado struck, Nick went to Memorial Hospital and Adam went to touch base with Sharon Rosales (Sharon Newman) at home. He was honest with her that he still felt a deep bond, although she didn’t indicate she still returned it and promised he’d leave Genoa City forever and her life once the transplant was complete.

Viewers of The Young and The Restless will recall that Adam was the only Newman family member with a compatible blood type to donate a kidney to the ailing Faith Newman (Reylynn Caster). Nick had gone to Kansas to hunt him down and bring him back. But now Nick was confronted by Rey wanting to know where Adam was so he could arrest him immediately after the kidney transplant!

The Young and the Restless recaps and spoilers show Nicholas had promised Adam that wouldn’t happen and that he would help him escape afterward and had also told their father, Victor Newman (Eric Braeden), and Nick’s mother, Nikki Newman (Melody Thomas Scott) about his promise. Nick is usually a man who keeps promises, but Rey was bearing down on Nick while Adam was upstairs so he had to tell him something to get rid of him. He told Rey he was only interested in his daughter Faith as Adam had come to the top of the stairs and was listening in. Rey warned Nick about aiding and abetting. Adam came down the stairs and joined them.

Viewers of The Young and The Restless will recall that Nick was at the hospital when Adam showed up at Sharon’s house, and Adam was taking a shower upstairs when Sharon went to the hospital. Then Nick came back to the house and although he probably knew Adam had made it back to town, and likely together if Nick was able to fly the plane, The Young and The Restless didn’t show their arrival. It isn’t certain whether Nick knew Adam was upstairs or not although he looked a bit shocked when Adam came downstairs. He may have been shocked that Adam came downstairs with Rey there!

The Young And The Restless (Y&R) Spoilers Monday, May 10: Adam To The Rescue, Chelsea At The End Of Her Ropehttps://t.co/aHk0QkKS9l

According to The Young and the Restless spoilers, even Rey looked blindsided at the sight of Adam coming downstairs to join in the conversation! While viewers of The Young and The Restless know that Rey is starting to have his doubts that Adam was the one responsible for his thallium poisoning, he still wants to bring Adam in. Rey did question both Chloe Mitchell (Elizabeth Hendrickson) and Chelsea Lawson (Melissa Claire Egan) in recent episodes. Rey should realize that even though Adam’s fleeing Genoa City made him seem guilty, Adam had no proof with which to defend himself against the allegations and criminal charges.

But coming down and joining a conversation out in the open is definitely not the act of a guilty, fleeing fugitive and that fact may hit home with Rey. Adam apologizes to Rey, not for poisoning him of course because he didn’t, but for making problems in his and Sharon’s marriage. Y&R spoilers show Adam wants to change and will probably tell Rey the same things that he told Nick in the basement of the farmhouse. Nick will be able to verify to Rey that Adam told him these things as well and he believed him.

The Bold And The Beautiful Spoilers: Quinn Can’t Replace Zoe, Carter Still In Love With Ex