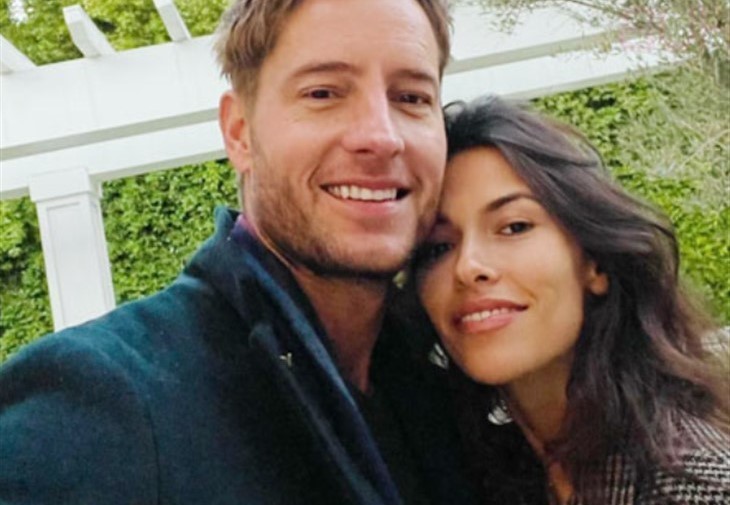 The Young and the Restless (Y&R) cast alum Justin Hartley (ex-Adam Newman) might soon make his former co-stars, Sofia Pernas, his new wife. In fact, there’s a new report that suggests the genetically blessed couple might have either gotten married or are looking to get married as they were spotted wearing some bling on their all-important wedding ring fingers. Here’s what you need to know.

Justin and Sofia began dating in early 2020, while the world was in lockdown during the early months of the ongoing pandemic that has been the coronavirus. Well, all of that time spent behind closed doors must have worked out well for them as Justin and Sofia have been rather open about their love and affection for one another.

According to Page Six, both Justin and Sofia were spotted wearing wedding bands on their left ring fingers while there were in Malibu. The very much-in-love couple showed some PDA while they were hanging out at the beach with a few friends and drinks. Their rings could easily be wedding rings or promise rings, according to some eagle-eyed fans.

Y&R Rumors – Alums Justin And Sofia Have A Secret

So far neither Justin Hartley nor Sofia Pernas has made any comments about the marriage rumors, but if there’s one person who won’t be too pleased about all of this, it’s Justin’s ex, Chrishell Stause (ex-Jordan Ridgeway, Days of Our Lives). Even though Chrishell herself has been out on the prowl, she made it no secret that seeing her ex move on so quickly with Sofia has hurt. Justin pulled the plug on their marriage back in November of 2019 and from what fans can tell, the ex-couple haven’t been much on speaking terms.

The Young And The Restless (Y&R) News: Justin Hartley Filming New Movie ‘A Lot Of Nothing’ https://t.co/Ie40Ksq6gJ pic.twitter.com/qgLt7HDQrW

And while it doesn’t look like either couple will be returning to The Young and the Restless anytime soon, their marital status sure has fans guessing if these two former on-screen co-stars have taken their off-screen love and made it official. We’ll update you with all the latest once it comes in!