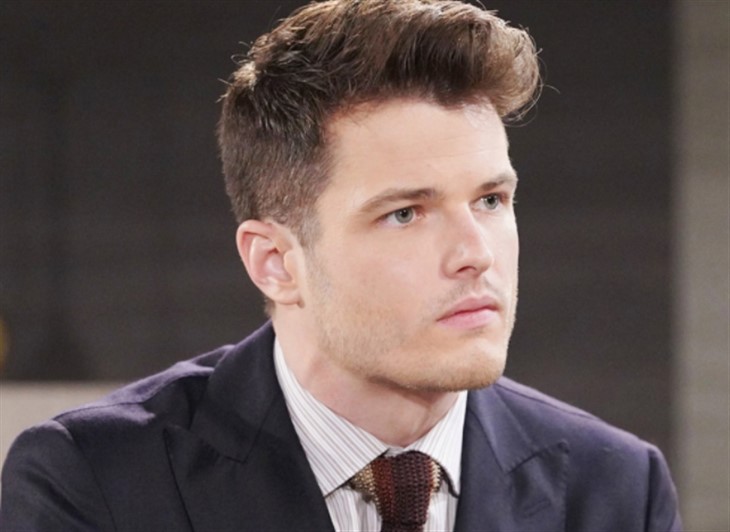 The Young and the Restless (Y&R) spoilers document that Kyle Abbott (Michael Mealor) wanted to confront Ashland Locke (Richard Burgi) at Society. But the Lockeness Monster didn’t want to deal with his newfound nemesis and had to meet with Victor Newman (Eric Braeden) at the Ranch. So, he left before Kyle could get into it with him.

The possible father of Tara Locke’s (Elizabeth Leiner) son didn’t get what he needed. Of course, no one has fully confirmed who Harrison Locke’s (no actor known to be cast for this role) dad is, which means that the audience and Kyle don’t know if he holds the dad title or not.

Daytime drama isn’t wrapped in every episode. That’s not how serialized drama works. The brilliant game, which the audience knowingly participates in, inches along each weekday or whenever one chooses to observe this art form.

Kyle could have had a paternity test taken long ago. His financial resources and cunning could have somehow maneuvered the situation into being, with the outcome of Harrison’s biology being known. Instead, it’s not which has allowed various tangled soapy webs to be weaved.

Someone who’s totally ruthless, like Victor Newman (Eric Braeden), would use Ashland’s life-threatening heart attack at the Ranch to secure Cyaxares. Kyle hasn’t been the type of guy who would go that far, with his past connection to Tara being wrong, but not nearly as bad as the Moustache’s choice to force Ashland to sign over the media company in order to receive health treatment.

Ashland’s resulting hospital stay and apparent gratitude for his life being able to continue projects to further delaying Kyle’s ability to conclusively confirm the paternity question. Deception could be in play on Ashland’s part, as he’s dealing with an overwhelming volume of unexpected events.

Tara claims that Harrison is Kyle’s son. She never contacted Mealor’s character to tell him that because of her marriage to Ashland. But more importantly, Tara didn’t want the seeming truth to disrupt the life Harrison is living.

Kyle’s desire for her created an inappropriate relationship approximately four years ago. Tara should have blocked that from happening, didn’t, and seemingly had his child.

Wanting peace is natural, but seems impossible now. Kyle must face the music and so Tara will as well.