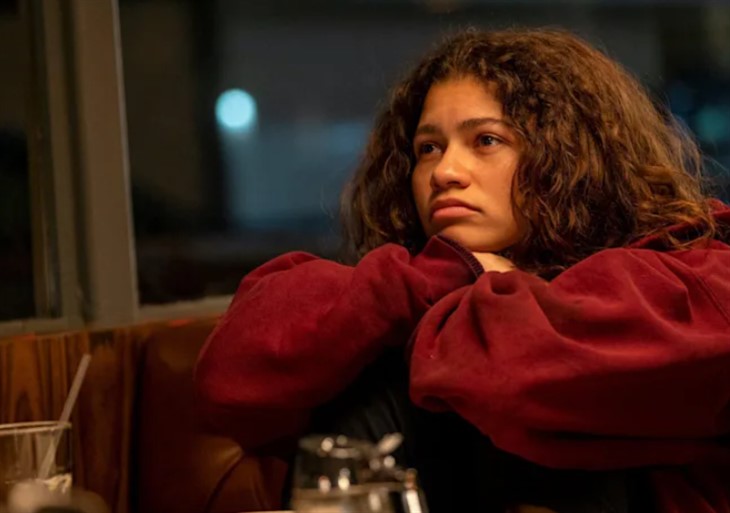 The Emmy winner captioned the post, “Missed this kid,” adding “And these kids…” for another behind-the-scenes pic on her Instagram Story. A second post showed friend Alex and lighting technician Danny Durr in-between takes.

Starring as Rue, the actress said that though she had felt a lot of anxiety prior to the release of the first season, she missed filming for the show

The 24-year-old actress who stars as Rue admitted to missing the show in a final sneak peek showing a picture of sound stage seven where the show is filmed.

In an interview with Elle in 2019, Zendaya had shared why she was drawn to the dark show saying, “Rue has such darkness to her, but also innocence. I have to be super vulnerable and sad in front of people. It’s weird, but cathartic in a lot of ways.”

She added, “Euphoria was eight months of my life, and now that it’s done I’m like, ‘F–k.’… You put your s–t out there, and it’s a really terrifying thing to do. It’s out for the world to see—it’s so f–king weird.”

Though she admitted to feeling a lot of “anxiety,” when season one dropped in the summer of 2019, the show went to become a massive hit, taking home trophies – for Outstanding Lead Actress in a Drama Series for Zendaya, Outstanding Original Music And Lyrics and Outstanding Contemporary Makeup (Non-Prosthetic) – at the 2020 Emmy Awards.

Following two special episodes during the coronavirus pandemic, the second season – the details of which are mostly under wraps still – has been described as “even more rambunctious and in-depth, more fantastical and trippy—all that good stuff.”