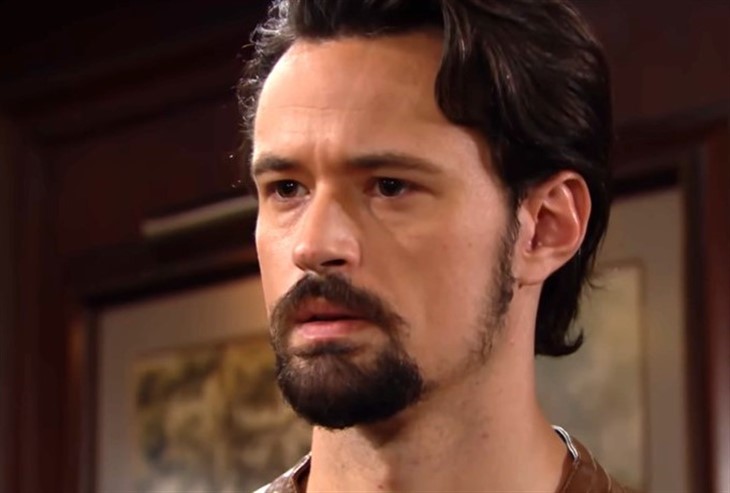 The Bold and the Beautiful spoilers reveal that Thomas Forrester (Matthew Atkinson) cut his best friend out of his life. He had good reason to consider Vinny Walker (Joe LoCicero) crossed the line. However, now that Vinny is dead, Thomas will be filled with guilt and regret. He wonders if he could have prevented Vinny from dying that fateful night.

The Bold And The Beautiful Spoilers – Crossing The Line

B&B spoilers reveal that Vinny thought he was doing the right thing by helping his best friend. He knew how much Thomas loved Hope Logan (Annika Noelle). Without Thomas’ knowledge, Vinny tried to make “Thrope” a reality. He switched Steffy Forrester’s (Jacqueline MacInnes Wood) paternity test results. He was convinced that it would break up “Lope” and make Thomas’ dreams come true.

However, Vinny was shocked to find out that Thomas was not okay with this. Despite all of his past schemes, Thomas was a changed man. He no longer wanted to get Hope that way. Vinny felt completely betrayed and Thomas ended up cutting his best friend out of this life.

Now that Thomas has identified Vinny’s body, he will feel a flood of emotions. Some of those include guilt, regret, depression, and blame. He will feel terrible that Vinny’s last thoughts were probably of how he tried to help Thomas and it ended their friendship. This isn’t to say what Vinny did was right. It was wrong on every single level imaginable. However, Thomas will realize that Vinny’s heart was in the right place.

The Bold and the Beautiful spoilers reveal that Atkinson spoke to Soap Opera Digest about Thomas’ reaction to the death. The actor explained, “Vinny was Thomas’ best friend since he was a child, so we’re talking about a lifelong relationship here… Yes, Vinny did the wrong thing for what he thought was the right reason while Thomas was suffering and dealing with his issues. Thomas feels totally alone now because he no longer has anyone he can lean on. Vinny was the last person Thomas felt he could be himself with and no he’s gone.”

The Bold And The Beautiful (B&B) Spoilers: Hope Opens Her Heart To Thomas As He Grieves For His Friend #BB #BoldandBeautifulhttps://t.co/NrzVFexpwF

Thomas might even blame himself for Vinny’s death. He could wonder if he hadn’t just cut off contact that maybe Vinny’s death could have been prevented. In the meantime, Hope will suspect that Liam made good on his threats and killed Vinny. This will distance her from Liam while bringing her closer to Thomas to help him through the grief. How will this affect “Lope,” “Thrope,” and Brooke Logan Forrester (Katherine Kelly Lang)? We will have to keep watching the CBS soap to see how this story develops.