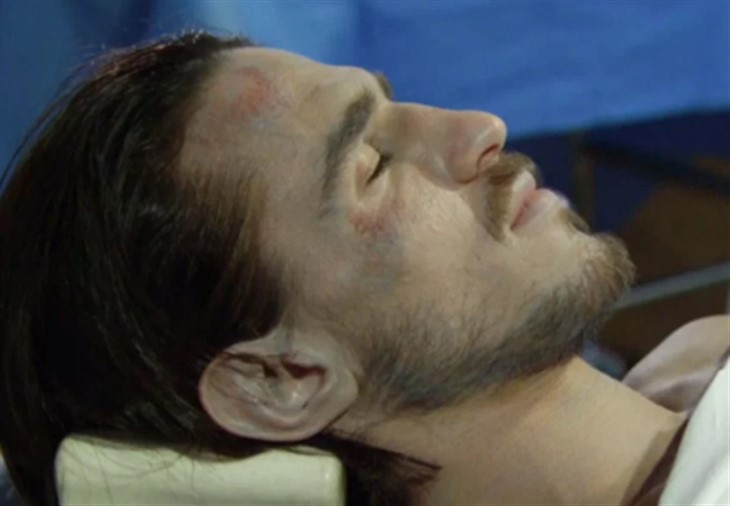 The Bold and the Beautiful (B&B) spoilers reveal that Thomas Forrester (Matthew Atkinson) cut off his best friend. Despite growing up together, Vinny Walker (Joe LoCicero) crossed a line by switching the paternity test results. Speaking about his final scenes, LoCicero explains that Vinny had good intentions and ended up feeling betrayed by Thomas’ reaction.

The Bold And The Beautiful Spoilers  – Vinny Walker’s Intentions

B&B spoilers reveal that Vinny did a very bad thing. His intentions were to help make Thomas’ dreams come true. However, he played God with other people’s lives. Thomas, Hope Logan (Annika Noelle), Liam Spencer (Scott Clifton), Steffy Forrester (Jacqueline MacInnes Wood), and John “Finn” Finnegan’s (Tanner Novlan) lives were all impacted. It was a cruel thing to do. It could have also been dangerous if the child was born with a medical condition. Not having the right father could delay or impact the treatment of the child. Despite all of that, Vinny really thought he was helping his childhood best friend.

Thomas is really trying to prove that he’s changed. While most people are realizing that he is different, some will never accept he has changed. Liam and Brooke Logan Forrester (Katherine Kelly Lang) are two of these people. So, not only did Vinny do the wrong thing but he has only made Brooke and Liam even more suspicious. If it hadn’t been for the paternity switch, Liam and Hope might still be together. It might have also prevented the hit-and-run, as well as Brooke going to extremes to “save” Hope from Thomas.

After Vinny’s deceit was uncovered, Thomas blocked him. He cut him off in every way possible.

The Bold And The Beautiful Spoilers – Feeling Betrayed By Thomas Forrester

The Bold and the Beautiful spoilers reveal that LoCicero spoke to Soap Opera Digest about Vinny’s act. The actor explained that Vinny really thought he was doing the right thing by helping Thomas. He also felt completely betrayed by Thomas’ reaction and cutting him off.

“… Vinny felt so betrayed by Thomas, the best friend he thought he was trying to help.”

Even though Thomas completely cut off Vinny, don’t expect a cold reaction to his dead body. They have been best friends since they were little kids. So, no matter what Vinny did, Thomas will feel emotional about his death. He decided to block Vinny from his life and certainly didn’t want him to die.

It is teased that when the prime suspect in the murder is announced, Thomas will be stunned. Who will be put under the microscope and are police even looking in the right direction?