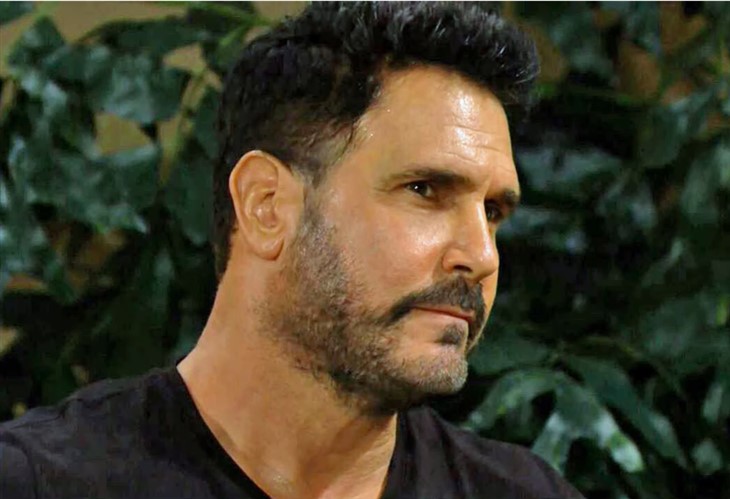 The Bold and the Beautiful (B&B) spoilers for the next two weeks reveal that Vinny Walker’s (Joe LoCicero) death grips everyone in a vise of suspicion and fear, and on Liam Spencer’s (Scott Clifton) part, tremendous guilt.

Thomas Forrester (Matthew Atkinson) may have had a fight with Vinny before he died, but he never in a million years thought something like this could happen. Will he be a suspect?

Vinny was a lot of things, including a paternity test tamperer and a drug dealer. Who knows what else he was into? Yet Thomas is shocked and misses his friend and he turns to Hope Spencer (Annika Noelle) for comfort.
John “Finn” Finnegan (Tanner Novlan) is also shocked to see Vinny at the morgue but in the meantime Bill Spencer (Don Diamont) is covering up the fact that Liam Spencer (Scott Clifton) hit him with his car and then left him in the road.

His other son Wyatt Spencer (Darin Brooks) senses that Bill is hiding something and no doubt will find Liam’s behavior bizarre even for him. Look for Bill and Liam to stay connected as they keep their terrible secret.

Lt. Bradley Baker (Dan Martin) is on the case and he goes to Forrester Creations to spill the beans on the hit-and-run investigation. Baker names his prime suspect and no one should be surprised at the name he delivers!

Charlie Webber (Dick Christie) appears next week and Forrester’s head of security zeros in on a key clue. Is there anything Charlie can’t solve? Will Lt. Baker may brush him off as an amateur thus thwarting the investigation?

As time goes on Liam gets more panicked but Bill thinks he’s covered all the bases—what could go wrong?

Look for delusional drink-tainter Zoe Buckingham (Kiara Barnes) to turn to Quinn Forrester (Rena Sofer) once again for help in the romance department. It should be illegal for these two crafty minxes to even be in the same room together and what they cook up next is a doozy!

The Bold And The Beautiful Spoilers: Katie and Bill DONE – Will Never Take Him Back After Cover Uphttps://t.co/HTDO2PfSaL

The following week Bill gets the shock of his life when Lt. Baker comes looking for him. Will the Stallion rear up and live to fight another day, or will his hooves be handcuffed?

Liam continues to chew on his fingernails, and his fear leads him to questionable behavior.

We did not see this coming: just as Quinn and Eric try to fix their marriage, a new man enters Quinn’s life! Not just yet, but when it happens all bets with Eric could be off.