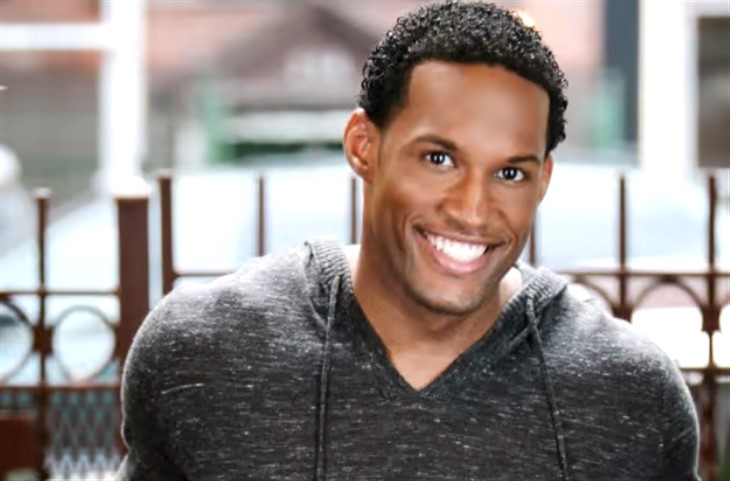 Back in 2015 he wrote two episodes of the LA based sudser and history repeated itself today.

According to the actor, he was credited as a writer for today’s episode of the CBS daytime drama, the sister soap of the number one rated sudser ,The Young and the Restless.

He shared, “So this happened!! An episode that I had the privilege of writing aired today. It was such a wonderful learning experience. Thank you Brad Bell for giving me the opportunity, and to our amazing writers and the entire team for all of your support.”

B&B Spoilers – Did You Watch Today’s Episode of the CBS Soap?

Obviously the actor has a talent for writing as it sounds like he’s penned three shows now. He knows the characters inside and out but it still takes a special talent to be able to write coherent dialogue that sounds natural and matches each character’s style.

Macho Dollar Bill Spencer (Don Diamont) would never simper and whine like his son Liam Spencer (Scott Clifton) and likewise Liam could never issue a command with the guttural authority his father possesses.

Today’s episode written by Saint-Victor featured his own character along with many others. In it he had a heart to heart talk with Quinn Forrester (Rena Sofer) who chastised him for dumping unfaithful Zoe Buckingham (Kiara Barnes).

It was an odd pairing and Carter should have stood his ground when he told her at the door that her appearance was inappropriate.

The Bold And The Beautiful Spoilers: Thomas and Liam Divide Hope – Pulled Between Love and Truth #bb #boldandbeautifulhttps://t.co/Aqw3pRUbXy

Elsewhere Zoe was busy crying to Ridge Forrester (Thorsten Kaye) and Eric Forrester (John McCook) that she really, really, wants to be with Carter and she just made one simple little mistake by letting her head be turned by Zende Forrester (Delon DeMetz).

Meanwhile Thomas Forrester (Matthew Atkinson) continued to stew and steam about his oddball, drug pusher friend Vinny Walker’s (Joe LoCicero) death/murder. Is Thomas a suspect? And will he do everything in his power to get to the bottom of who hit Vinny and left him to die in the road like he was a wayward possum?

Saint-Victor deserves kudos as the writing was stellar today!