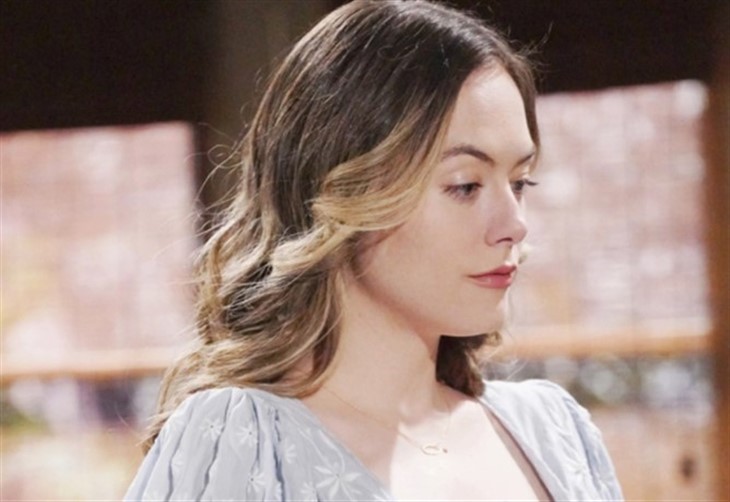 The Bold and the Beautiful (B&B) spoilers say that even though this is going against her good judgment, she just can’t resist falling back in love with her on-again, off-again partner, boyfriend, and husband, Liam Spencer (Scott Clifton). As a matter of fact, Hope Logan (Annika Noelle) is going to share a romantic night with her estranged husband, which should signal to him that she’s forgiven him for cheating on her with his ex, Steffy Forrester (Jacqueline MacInnes Wood). Here’s what you need to know.

Even though they have been in this situation plenty of times before, Hope decides to sleep with Liam and pretend that whatever happened in the past, no longer happened. She’s ready to move on, even if it is for the hundredth time.

The Bold and the Beautiful spoilers say that even after they make love, Hope feels like something is amiss. Annika Noelle, who plays Hope Logan on the hit CBS soap, puts it this way to Soap Opera Digest, “So, there is that kind of cloud nine nostalgia the next day. But shortly after that, Liam is again acting aloof and strange. As things progress throughout the next day, Liam isn’t where Hope would think he’d be after a night like that. For him to be anything less than ecstatic the next day is worrisome, and that sounds the alarm that there is something going on.”

The Bold And The Beautiful (B&B) Spoilers: Hope Baffled As Liam Insists He Will Lose Everything https://t.co/DKchqm4H9t pic.twitter.com/mRl6Pqk20R

B&B Spoilers – What’s Next For Hope Logan And Liam Spencer?

Annika also says that her character is working toward completely forgiving her husband, which sure enough, won’t be easy. She added, “It’s a difficult topic and I’m so happy that the writers did not rush this process. Even though she’s saying she wants to work on this, Hope is still not, ‘Okay, I forgive you and everything is great. I trust you 100 percent again.’ There is still an effort being made, with both of them trying to work through that on both ends.”