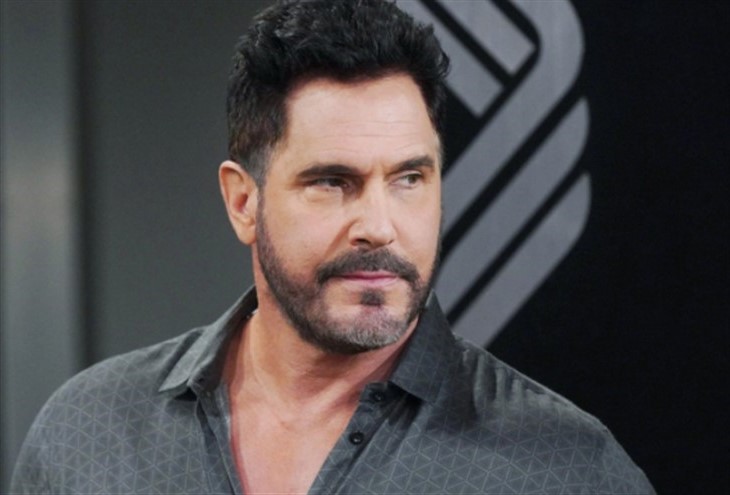 The Bold and the Beautiful (B&B) spoilers say that Bill Spencer (Don Diamont) is finally stepping up and being the father that he should have been a very long time ago. And while it’s better that he does this late than never, the situation that he’s in with Liam Spencer (Scott Clifton) is quite messy and it could also alter his son’s future as he knows it. That’s why Bill is doing everything he can to protect Liam from living a life in jail. With that said, he’s got every right to do so, too. Here are five reasons why.

The Bold And The Beautiful Spoilers – Did Liam Spencer Really Kill Vinny Walker?

Right now, the only thing we know is that Liam ran over a body the same night that Vinny Walker (Joe LoCicero) died. But no one knows if Liam was the one who ran him over or if Vinny’s body might have been laying in the middle of the road for who knows how long. Before Liam can be prosecuted, he has to be proven guilty for a crime that he did or did not commit.

Sure, Bill might not have been to most present father in the world while his two sons were still young, but he’s trying to make up for lost time now. No one wants to see their son spend several long years in jail, and that’s the future that Liam is facing right now. As a father, Bill will do whatever he can – and perhaps spend whatever amount too – to make sure Liam remains innocent in this.

The Bold And The Beautiful Spoilers – An Ulterior Motive?

There’s also the possibility that Bill might know who killed Vinny, but just doesn’t want to say right now. Instead, he’s doing everything he can to make sure that Liam remains quiet for his sake, too. Let’s not forget that Bill has done some pretty shady things in his lifetime, too.

B&B Spoilers – It Will Change The Spencer Family Forever

Should Liam end up behind bars, the legacy Spencer family will change forever. No one will ever feel the same again, and Bill will feel as though his past has come back to haunt him. But instead of getting punished, Bill might think that his son is getting punished for his past deeds instead. It will be a complicated mess, indeed.

The Bold And The Beautiful (B&B) Spoilers: Brooke Right To Suspect Quinn – Eric Is Too Generous https://t.co/6xHJHn1RSB

You just never know what might happen next, but there’s a possibility that Bill Spencer might take the wrap for his son and suggest that he was the one who killed Vinny Walker. Watch this space as we have a feeling there are so many more twists and turns to come!