The Bold And The Beautiful (B&B) Spoilers: Hope Baffled As Liam Insists He Will Lose Everything 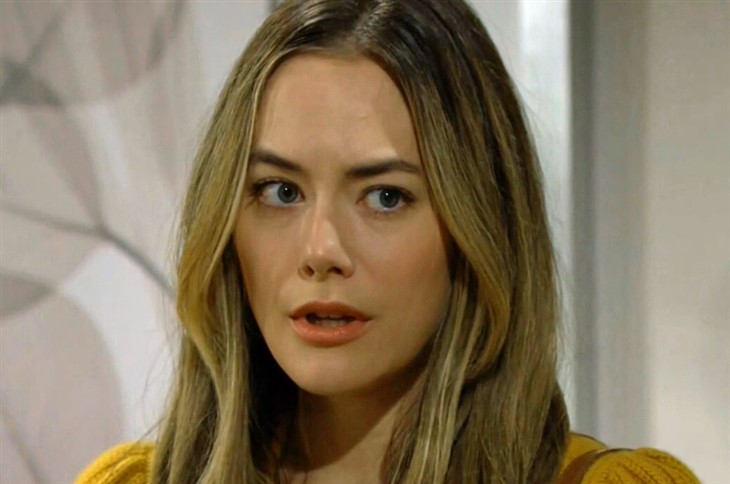 The Bold and the Beautiful (B&B) spoilers for the week of May 17 reveal that Liam Spencer (Scott Clifton) will continue to spiral. Even though he is trying to act like everything is fine, Hope Logan Spencer (Annika Noelle) knows something isn’t right. Suddenly, Liam starts having a meltdown and claims he will lose everything. This makes Hope confused and she grills her husband.

The Bold And The Beautiful Spoilers – Liam Spencer’s Facade

B&B spoilers reveal that Liam is continuing to follow Bill Spencer’s (Don Diamont) orders. He is doing the best he can but can’t help obsessing over Vinny Walker’s (Joe LoCicero) murder. He is convinced that he is guilty of taking another human being’s life. He wants to focus on Hope and move on with his life. However, that is easier said than done.

Bill’s threat keeps echoing in Liam’s mind. Over and over, Bill has said that Liam will lose everything if anyone finds out the truth about Vinny’s death. So, this threat will keep repeating itself in Liam’s mind. Even when he is trying to act like everything is okay, sometimes Liam will say something or react a certain way that makes Hope concerned. It will happen again during the week of May 17. Suddenly, Liam will blurt out that he is going to lose everything. Of course, Hope will have no idea what he is talking about and demands answers.

The Bold And The Beautiful Spoilers – Spiral Downward Continues

The Bold and the Beautiful spoilers reveal that Liam’s downward spiral will continue throughout the month of May. In fact, head writer Bradley Bell told Soap Opera Digest that as the weeks go by, Liam’s spiral will be like that of a tornado. So, expect things to get a lot worse for Liam before they get better. Plus, we have Liam giving Thomas Forrester (Matthew Atkinson) a very strange apology. Then, Thomas gets into an explosive argument with Bill Spencer (Don Diamont). So, it sounds like this storyline is starting to wind down.

When Liam blurts out that he’s going to lose everything, Hope will be completely baffled. For weeks, all Liam could talk about was getting Hope’s forgiveness and being reunited. Now that he has that, Liam keeps acting strangely as if he’s keeping another secret. Hope knows that Liam didn’t sleep with Steffy Forrester (Jacqueline MacInnes Wood) again. Steffy is out of town with her daughter.

So, this will make Hope wonder what Liam could be hiding now. She will confront him and demand an explanation. What will Liam say when he is directly confronted by Hope? Will he finally tell her the truth about Vinny’s death?