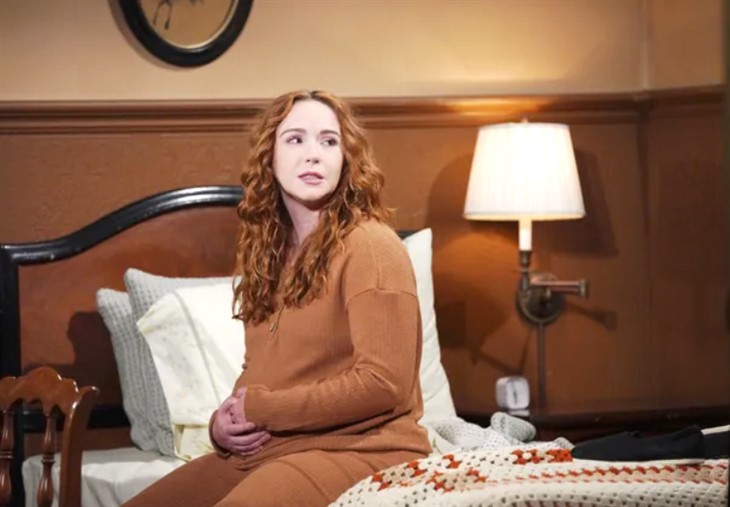 The Young and the Restless spoilers document that Mariah Copeland’s (Camryn Grimes) captivity storyline comes into focus and appears to telegraph toward its highly needed end.

It doesn’t fit with who Mariah is, which makes this tale all the more unbelievable. Thankfully, Y&R appears to be moving toward a resolution. Whether that outcome advances what could have been a good storyline is yet to be determined.

The Young And The Restless Spoilers – Rey Rosales Is The Break

Thankfully, Tessa had Nina Webster’s (Tricia Cast) support. They met with Sharon Rosales (Sharon Case), who just happened to be with her husband.

Rey Rosales (Jordi Vilasuso) is, of course, Paul Williams’ (Doug Davidson) lead detective. So, now that Rey is aware of what’s going on the plot feels as if it’s advanced to the next stage.

A break comes far more easily with the Genoa City Police Department involved, as Tessa is naturally thinking. So, Rey’s entrance into this story is welcomed.

At a recent point in a dialogue exchange Ordway’s character and Porter’s both said that Mariah’s situation didn’t make sense. Whether that was an admission to the audience is debatable, but let’s hope it was.

As Abby was also saying, she needs Chance Chancellor (as last played by Donny Boaz) back now. Here, here!

Okay, so Y&R decided not to renew Boaz’ contract. He was a solid actor and seemed to have good chemistry with Ordway. But if TPTB decided, for whatever reason that he had to go, then this storyline confused that character’s departure. And why hasn’t another actor been recast to play Chance?

Y&R spoilers show Mariah is suffering in what looks like a panic room from a B-movie. Having a pregnant lady held hostage is downright unseemly. End her torture and the torment that everyone who cares about her is going though as soon as possible.

One can only assume that the kidnapper will be identified. The pain will be increased if Ben Stitch Rayburn (Sean Carrigan) is revealed as the villain. But if that must be the case, then maybe he is suffering from a terrible malady, like his son, Max Rayburn (Jared Breeze). Presumably, Stitch could receive treatment and eventually be redeemed.

It’s time for a wrap, Y&R. Chabs baby needs to be born and not in that room where poor Mariah and the viewers are being tormented.