The Bold And The Beautiful (B&B) Spoilers: Zoe Buckingham Schemes To Get Carter Walton Back, Will He Fall For It? 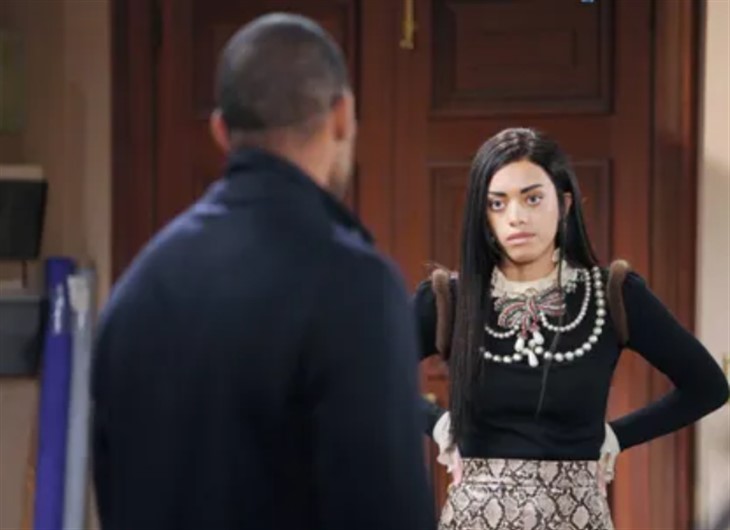 The Bold And The Beautiful Spoilers – A Double Betrayal

Carter was blindsided not to mention heartbroken, the night before his wedding to Zoe was to have taken place. He was looking forward to spending his happily ever after with his lady love when Ridge Forrester, (Thorsten Kaye) who was going to be his best man had terrible news. He had walked in on Zoe trying to seduce Zende Dominguez (Delon de Metz) at the Forrester mansion and he told Carter right away what happened.

According to B&B soap opera spoilers, Carter felt doubly betrayed since Zende was a good friend, and had sent Zoe a text to meet him and to wait before she went with Carter. But this text was written several months ago and just sent when he reset his phone and Zoe got it. Carter couldn’t hear any of that, he was too upset!

The Bold And The Beautiful (B&B) Spoilers: Finn Pops The Question – Wedding Before Steffy’s Baby Arrives?

Viewers of The Bold and The Beautiful will remember that Zende tried his best to discourage Zoe that night, but she refused to be discouraged – she wanted to try him out in bed before she went through with marrying Carter! Carter was angry at both of them and he still wants nothing to do with either of them!

Bold and beautiful recaps show Zoe apologized and asked forgiveness several times, but she really didn’t seem that remorseful, and Carter felt like he was just a plan b when Zoe’s plan a was Zende all along! Now Zoe has to double down her efforts to try and prove she really wants to be with Carter, and more importantly that she loves him, because he’s feeling anything but loved!

Carter has every right to be suspicious of Zoe’s motives in trying to get him back, since if she really loved him like she claims she does, she never would have wanted to try things with Zende in the first place! The Bold and the Beautiful spoilers show Zoe plans some wining and dining, and romance to try and win Carter back, but to Carter it will all seem like a scam. He knows that love is more than romance and Zoe doesn’t have a clue what being faithful to someone and desiring only that person is about!

The Bold And The Beautiful (B&B) Spoilers: Finn Isn’t Very Happy With His Current Arrangement With Steffy And Liam https://t.co/OVR42hLDNj

True love is not about chemistry, true love is commitment and knowing that person is the one you want to spend the rest of your life with, for richer for poorer, for better for worse, and in sickness and in health. Granted, that doesn’t happen for many couples, and nearly everyone Carter knows and works with every day has been involved with everyone else he knows and works with every day!

B&B spoilers tease Zoe tries to fix what she broke between herself and Carter, but he isn’t sure if he even wants to put her on probation with himself. It is going to take a lot more than superficial schemes for Carter to ever trust Zoe again!