The Bold And The Beautiful (B&B) Spoilers: Finn Pops The Question – Wedding Before Steffy’s Baby Arrives? 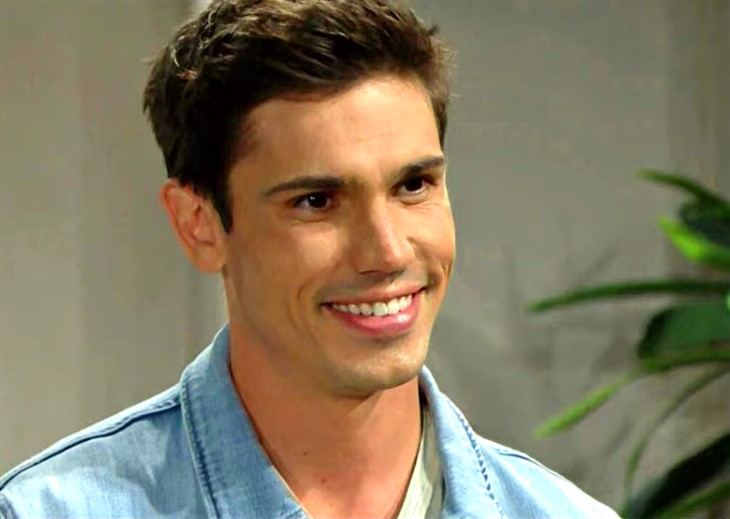 The Bold and the Beautiful (B&B) spoilers tease that John Finnegan (Tanner Novlan) plans to spend the rest of his life loving Steffy Forrester (Jacqueline MacInnes Wood). He also wants to help raise the baby that Sinn was led to believe is Liam Spencer’s (Scott Clifton).

Readers of this site are aware of the building buzz that indicates the paternity test results were manipulated or produced in error. That means Finn and Steffy will learn that their family plans are on-track as hoped.

Whether Finn asks Steffy to marry him before of after the baby arrives, regardless of whether the accurate paternity of the child is known, is an intriguing plot point to ponder.

Let’s assume, for the sake of soapy argument, that Liam is stripped of his paternity before the baby arrives. That outcome would surely push momentum in favor of a Sinn wedding as soon as possible.

Finn and Steffy were a well-matched pairing before the incident at the cliff house. Novlan’s character has responded in such a loving way to what’s happened that he has proven to surely be Steffy’s next soul mate.

If Liam learns that he’s not the father of Steffy’s baby, then he might have a chance to repair his own marriage. On the Sinn side, Steffy and Finn can move forward with the plans they had in mind before the mannequin incident disrupted everyone’s upbeat expectations.

Wood and her husband are expecting the imminent arrival of her second son. The actor has taken maternity leave in anticipation of the event. So, within approximately a month fans won’t be seeing Steffy in Los Angeles, California.

Some form of temporary write-out will occur shortly. On the positive side, Finn could pop the question at any time. If he does so after learning that he’s a dad, all the better.

A wedding before Steffy is written out would establish a happy pause until Wood returns later this spring or in the summer.

The Bold And The Beautiful Spoilers – When Jacqueline MacInnes Wood Returns

It’s possible that B&B could withhold the anticipated paternity reversal news until after Wood returns from her maternity leave. In that instance, Steffy and Finn could take a trip out of town to facilitate Wood’s character being off-screen.

A more dramatic and controversial path would create a conflict between this couple, with Steffy leaving town to clear her head and focus on the baby’s development. Here’s hoping B&B opts for positivity instead.