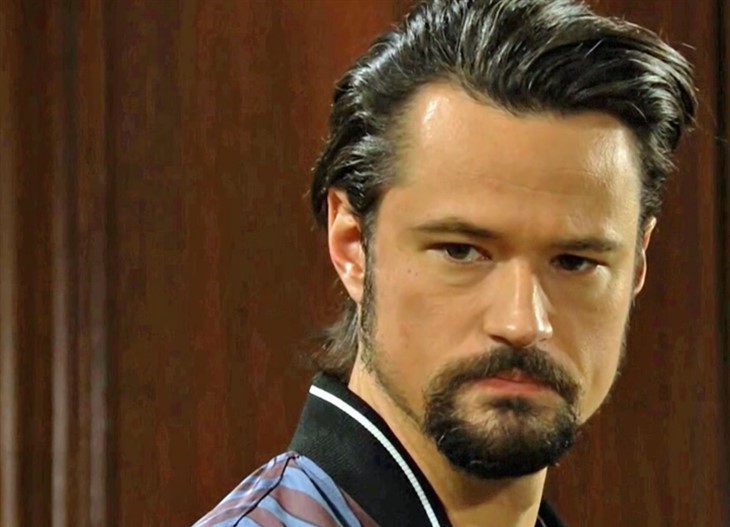 The Bold and the Beautiful (B&B) spoilers tease that in Los Angeles Thomas Forrester’s (Matthew Atkinson) suspicion, when confirmed, will immediately put him in another bad spot. Following a few years after the incredible baby Beth Spencer (Madeline Valdez and River Davidson) arc, Thomas can gain the ability to play the hero this time.

As devoted fans recall, Thomas’ son, Douglas Forrester (Henry Samiri), was the person who revealed that the girl who was being raised by Steffy Forrester (Jacqueline MacInnes Wood) and was called Phoebe Forrester, in honor of a deceased twin, was actually Beth. So, if Vincent Walker (Joe LoCicero) did change the paternity test results, as Thomas suspects, then Atkinson’s character must make the most of this unexpected opportunity. And he must make the right choice quickly.

The Bold And The Beautiful Spoilers – Any Hesitation Will Spell Doom

If Thomas learns the presumed real paternity test results, that John Finnegan (Tanner Novlan) is the father of Steffy’s baby, then he’ll need to tell someone what he knows immediately. Any delay will doom Thomas once again.

Assume Vinny admits either what he did or some co-worker did on is behalf. Thomas will likely be exasperated. He’ll also hear Vinny tell him that he can use the situation to his advantage.

Ridge Forrester (Thorsten Kaye) was written into Forrester Creations’ vast dressing room. Vinny was there, spouting crude comments about Steffy’s status and what he perceived as Thomas’ opportunity with Hope Spencer (Annika Noelle).

Vinny saw that his opinions weren’t appreciated and returned to work at the paternity test lab. Fans roared when they learned that news in recent days, as it was total soap that Thomas’ friend just happen to get a new job at the exact location where Steffy, Finn, Hope, and Liam Spencer’s (Scott Clifton) futures hung in the balance.

Some characters are destined to lead a life of negativity. The loser who can’t win, or who achieves momentary solace only to descend again.

The Bold And The Beautiful (B&B) Spoilers: Finn Pops The Question – Wedding Before Steffy’s Baby Arrives?https://t.co/Q9oGUQfnaU

Here’s hoping that the writing staff will allow Atkinson to raise Thomas to respectability. He’s a great actor who has the chops to pull this off.

Have Thomas reveal Vinny’s actions immediately. Doing so would undeniably prove that Atkinson’s character is legitimately evolving, with fresh storylines to follow.