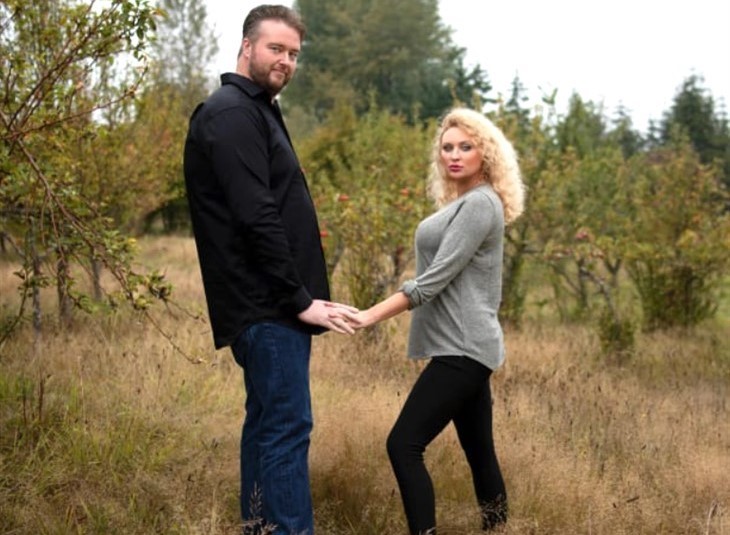 Since Natalie Mordovtseva and Mike Youngquist debuted in season 8 on 90 Day Fiancé it was clear the two were polar opposites. Mike liked his beer and meat while Natalie, a former model, was very health conscious.

In episode after episode on 90 Day Fiance, we saw Mike order steaks and nachos with meat out to dinner while Natalie abstained from alcohol, meats and most fats. This instantly became a problem between the two with Natalie attempting to get Mike to agree to living a healthier lifestyle. Natalie would often call her friends back home in Ukraine to complain.

In one February 90 Day Fiance episode the two fought over Mike asking for pasta for dinner while drinking a beer. It ended with Natalie leaving the room after calling him a “low-class drunk man.”

So it came as a shock when the two are rumored to have tied the knot. It was surprising they took this next step as Natalie had many doubts about her relationship with Mike and often felt disrespected.

Their nuptials, however, involve a whole other slew of speculation when it comes to just when the couple said “I do” with their marriage license making its way online, offering a different date, as shared by Screen Rant, than the couple originally planned.

So why does Natalie’s body appear to look different in recent photos when health and fitness is such a crucial aspect for her? Many are wondering if Natalie Mordovtseva is in fact pregnant?

In recent pictures posted by the 90 Day Fiancé star, Natalie appears to have put on some weight. This of course has been noticed by fans with some insisting the couple is expecting and keeping it mum while other fans are upset such body shaming would occur.

After Natalie posted one particular photo of herself in a rather tight red plaid shirt and jeans on a rock, 90 Day Fiancé viewers got into a heated debate over the celebrity’s stomach area on Reddit.

“Right? She’s definitely pregnant… that can’t be carrot weight,” one fan wrote while another wished the couple congratulations. “I spot a baby bump..Congrats!”

Are fans right? Is Natalie Mordovtseva pregnant? Could this be the reason she and Mike changed their wedding date? Was Natalie pregnant during their nuptials? Time will tell as Mike and Natalie’s journey continues in 90 Day Fiancé’s eighth season.

The Bold And The Beautiful (B&B) Spoilers: Zoe Buckingham Schemes To Get Carter Walton Back, Will He Fall For It?

Royal Family News: Meghan Markle Blames Queen Elizabeth For Her Having To do a Tell-All