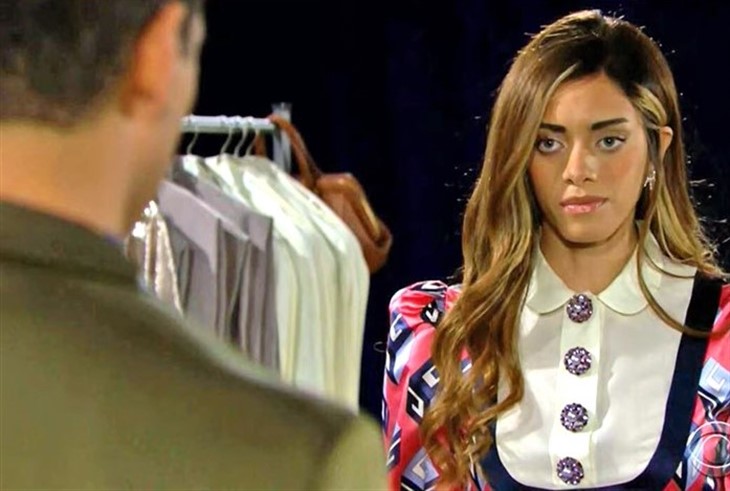 The Bold and the Beautiful (B&B) spoilers reveal in Los Angeles that during the week of January 25, Zende Forrester (Delon de Metz) and Zoe Buckingham (Kiara Barnes) wil share a special, yet forbidden evening. It is interrupted by Ridge Forrester (Thorsten Kaye). When he busts them, Ridge is outraged and barks orders at the pair. If they don’t obey, then Ridge will make good on his chilling threat.

The Bold And The Beautiful Spoiler – Ridge Forrester’s Gut Feeling

B&B spoilers reveal that Ridge has always been wary of Zoe. Dr. Reese Buckingham (Wayne Brady) is her father and she kept quiet about his baby scheme. Two people there were directly impacted were Hope Logan (Annika Noelle) and Steffy Forrester (Jacqueline MacInnes Wood). Even though she showed some ambition at Forrester Creations, that is about the only nice thing Ridge has said about her.

He warned Carter about getting close to Zoe when the couple started dating. Right away, they moved in together and now there’s a wedding that’s happening way too fast. Not only does Ridge not trust Zoe, but he can sense there’s something going on between Zoe and Zende.

During the week of January 25, expect Zoe to put on a skimpy outfit and surprise Zende. She pulls out all the stops to seduce him. What she isn’t aware of is that Ridge is nearby and watching. He waits until Zoe and Zende are occupied and then bursts in the door. He is horrified and outraged that they would betray Carter Walton (Lawrence Saint-Victor). Zoe is supposed to be marrying the COO and as for Zende, that is his oldest and best friend. Ridge also considers Carter a very good friend, as does Brooke Logan Forrester (Katherine Kelly Lang). When you keep this in mind, it makes sense that Ridge would make a demand and threat.

The Bold And The Beautiful Spoiler – Zoe Buckingham Panics Over Demand

The Bold and the Beautiful spoilers reveal that Ridge asked both Zoe and Zende about their feelings before. Both lied to him which doesn’ sit well with him either. However, his primary concern is making Carter aware of it. He orders Zende and Zoe to confess everything to Carter. They could at least respect him enough to tell him the truth. Zoe wil panic over this because she knows Carter will dump her once he finds out. She tries to think of a way she can get around it or do damage control.

As for Zende, he feels consumed with guilt and knows Ridge is right. He violated the unwritten Friendship Code. He hopes that his remorse will compel Carter to forgive him. He hopes that he won’t lose his oldest and best friend because of Zoe.

Ridge is outraged and filled with rage over how Zoe and Zende have completely disrespected and betrayed Carter. He will tell them both that if they don’t confess to Carter, then Ridge will go into detail about everything he saw that night. Zende and Zoe know that the news will be much worse if it comes from Ridge… especially if he describes it in such detail! They both decide that they will confess to Carter, but don’t expect it to happen until the last possible moment. Plus, you better believe that Zoe is going to leave a few things out and make herself look like the victim in this story. But how long will Carter continue to be fooled by her?

Be’ sure to catch up on everything happening with B&B right now. Come back here often for The Bold and the Beautiful spoilers, news, and updates.