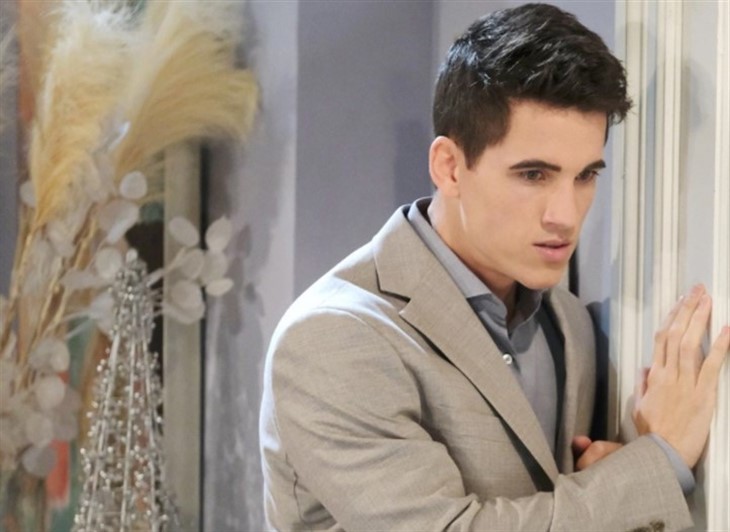 Days of Our Lives (DOOL) spoilers reveal that in Salem we will see flashbacks of Allie Horton’s (Lindsay Arnold) rape and Charlie Dale (Mike Manning) will look like an absolute monster. However, his reign of terror isn’t over yet. Even though Allie will testify against him at trial, Charlie schemes a new way to victimize, threaten and harass Allie. He sues her for custody of the baby.

DOOL spoilers reveal that we will see what happened the night Allie was raped. The few memories she had from the attack were few and far between. In addition to that, everything was one big haze to her. So it’s understandable why she thought Tripp Dalton (Lucas Adams) was the rapist. With his face the last thing she remembers, then only knowing she was held down and raped afterward, it’s not wonder she blamed Tripp. Especially when Henry Horton’s (Jayna and Kinsley Fox) DNA matched.

It is teased that when we see the full flashback, Charlie will look like an absolute monster.

Even though Charlie is being accused of raping Allie, the Titan intern was released on bail. While the prosecution builds a case, they need Allie’s story to get stronger. Rafe Hernandez (Galen Gering) explained that as a witness, that would normally be pretty strong material for the court. However, Allie barely remembers anything and this is the second man she has tried to send to prison for raping her. So, Allie needs her full memories from that night. When she talks to Ben Weston (Robert Scott Wilson), he suggests getting hypnotized by Dr. Marlena Evans (Deidre Hall).

Days of Our Lives spoilers reveal that Charlie is a hateful, cold-hearted, monstrous characters. Not only is he full of rage, but resent pretty much everyone because they all have something he doesn’t whether it be money, a girlfriend, a mother’s love or even the respect of others. He is furious with Allie for accusing him of rape and would like nothing more than to terrorize her in some way. We have seen Charlie’s sadistic side when he attacked, kidnapped and held his own mother hostage. Then he drugged her with a powerful substances that is still giving her vivid and realistic hallucinations.

When it comes to getting revenge on Allie, he will target the one thing she cares most about in this world… her son. Charlie will try to sue Allie for custody of Henry. Even though this is a he said/she said case right now, there are rapists that actually do get custody of their kids. It doesn’t happen too often these days, but every once in a while I come across a court case that actually gives a convicted rapist of either unsupervised visitation or even custody. So, Charlie threatening to get custody of Henry is a very real threat that does happen in this country.

Charlie’s story is coming to an end and most assume he will go to prison. However, it is teased that Charlie will start to have trouble living with the things he did to Allie. Could this be a hint that he might exit in another way, such as by taking his own life? We will have to keep watching the NBC soap to find out.

Be’ sure to catch up on everything happening with DOOL right now. Come back here often for Days of Our Lives spoilers, news, and updates.