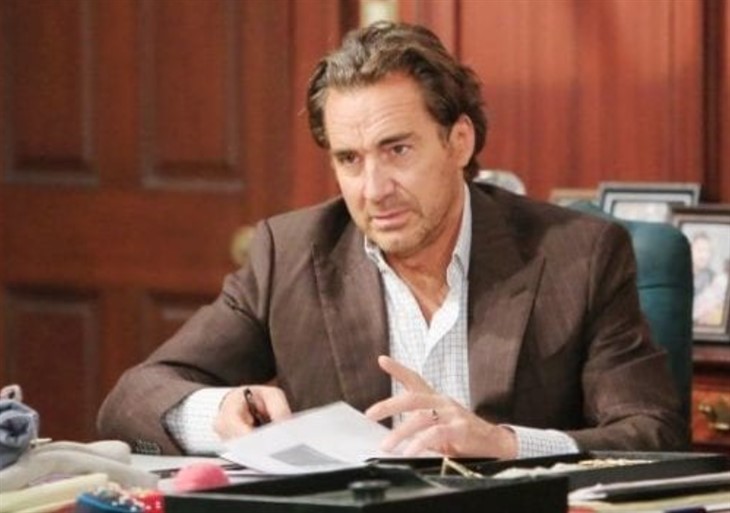 The Bold and the Beautiful (B&B) spoilers for the week of January 25 reveal that in Los Angeles Ridge Forrester (Thorsten Kaye) catches Zende Forrester (Delon de Metz) doing the unthinkable. He’s getting quite cozy with Zoe Buckingham (Kiara Barnes), which incites his rage. Ridge boils over and blasts Zende for betraying his best friend and falling for Zoe’s seductive tricks.

B&B spoilers reveal that during the week of January 25, Zoe will discover Zende’s text message. Fans may recall from several months ago when Zoe and Carter Walton (Lawrence Saint-Victor) became intimate for the first time. Zende tried to stop Zoe, but his message was never delivered. All this time later, Zoe has the message and shows it to Zende as “proof” that “fate” is bringing them together.

We saw last week that Zoe tried to coerce Zende into saying he wanted her, but she didn’t get what she wanted. Next, she will make a bold and brazen move on Zende at Forrester Creations. It is hinted that he might give in, but we don’t know if it’s just a kiss or something more. Whatever they do together, Ridge happens to see it and is livid with both of them.

The Bold And The Beautiful Spoilers – Getting Cozy With Zoe Buckingham

The Bold and the Beautiful spoilers reveal that up until that point, Zende backed off from Zoe. As he tried to explain to her, she is engaged to Carter, who is one of his best and oldest friends. Plus he is starting to move on with Paris Buckingham (Diamond White), so there is more than one person that would be hurt. However, he has a weak moment and gives in. It seems that Zende will have to pay the consequences for that since it was seen by Ridge, who also considers Carter a good friend.

In the new issue of Soap Opera Digest, it is confirmed that Ridge tries to figure out how to handle this situation. He was just asked to be Carter’s best man at the wedding, which makes it even more difficult. Ridge decides to question Zoe about her feelings. Then, he lectures Zende about betraying his best friend and getting cozy with a woman who is about to be married. Zende tries to cover, but he doesn’t do it very well. Plus, Ridge doesn’st just suspect Zende and Zoe are a hot item… he saw it with his own eyes.

Most likely, Ridge will give Zende the opportunity to confess to Carter. Zende doesn’t want Ridge explaining exactly what he saw because it will sound much worse. However, will he be brave enough to admit it to his best friend or will he chicken out? We will have to keep watching the CBS soap to see how this story develops.