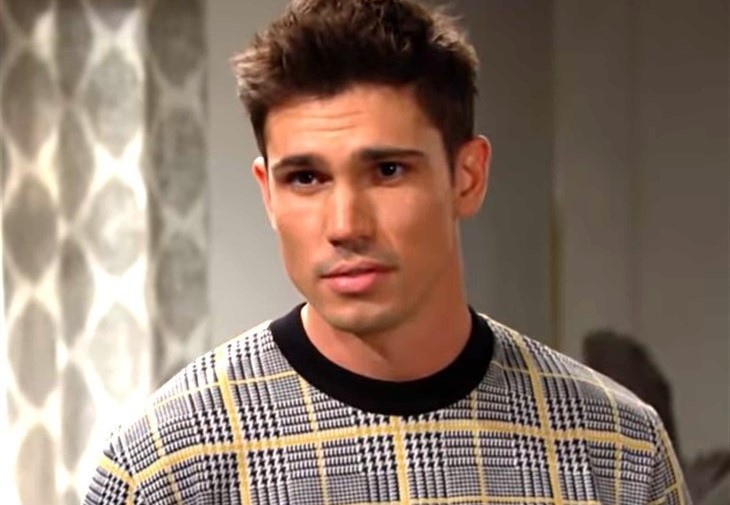 The Bold and the Beautiful spoilers document that in Los Angeles John Finnegan (Tanner Novlan) has proven himself to be the good guy that Steffy Forrester (Jacqueline MacInnes Wood) recognized him as being early on. Just when it seemed that Sinn wasn’t going to advance, Finn said that it will.

All Finn wants is to know that Steffy is in love with him for who he is, rather than what he’s done for her. Steffy’s tell to Novlan’s savior character was revealing, as she confirmed that he’s the man for her, not Liam Spencer (Scott Clifton).

The Bold And The Beautiful Spoilers – Hall Of Fame Significant Other

Finn demonstrated the depth of his love for Steffy by telling her that he wants to be the father of her child. But when he said that Sinn would survive, even if Liam proves to be the dad, Finn instantly appeared on the Significant Other Hall of Fame ballot.

Not every guy would have the emotional maturity to decide that a dramatic outcome didn’t matter. That means Finn is prepared to stay with Steffy if she’s having Liam’s child. It also means that Finn demonstrated that he’s capable of weathering life’s storms. Yes, that earns a relationship check-plus.

Liam has treated Steffy and Hope Spencer (Annika Noelle) horribly, just as Finn said. Clifton’s character has been selfish, believing that he was always going to have both ladies in his life.

Finn completely called out Liam, as he should have been. Steffy has had her defenders through the years. But family defense is different than what Finn is offering.

He flat out told Liam that the routine he’s been used to is over, if the paternity test results are as hoped. Viewers and Steffy also know that Finn won’t bail if all doesn’t go well, which will then mean that Wood’s character will have an added layer of protection that she hasn’t had before.

The Bold And The Beautiful Spoilers – Steffy Forrester Makes The Switch

Viewers can see it in her eyes. Steffy really does love Finn and she’s telling the truth when saying that she wants him to be the father of the child she’ll have next summer.

Liam knows that he’s barely holding onto his marriage. But he’s in for a likely surprise if he thinks that Steam will revive if he’s the father of Steffy’s baby.