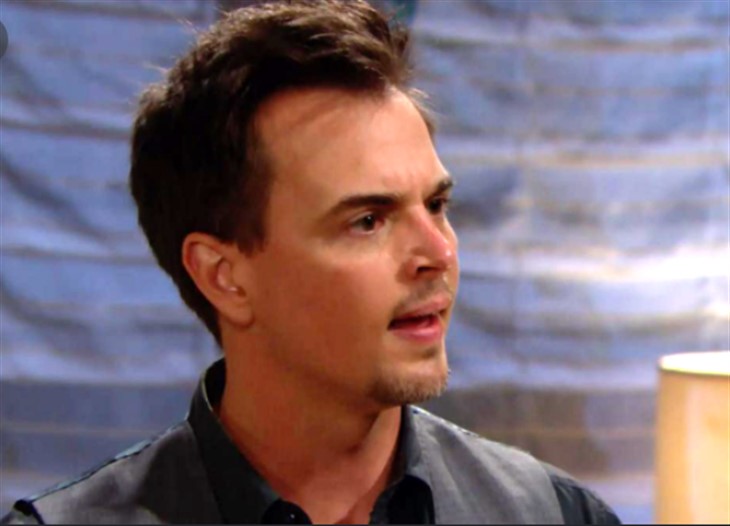 The Bold and the Beautiful (B&B) spoilers reveal that in Los Angeles Wyatt Spencer (Darin Brooks) won’t give out any dirt on his ex, so Flo Fulton (Katrina Bowden) does it for him. Clueless that Flo is giving Summer Newman (Hunter King) the dirt, could Wyatt reach out to Sally Spectra (Courtney Hope) and warn her that Summer is digging into her past?

The Bold And The Beautiful Spoilers – Summer Newman’s Snooping

B&B spoilers reveal that Summer comes to L.A. with two goals in mind. The first is to get information on Sally and the other is to secure a collaboration with Spencer Publications. She does get her meeting with Bill Spencer (Don Diamont) and later chats with Wyatt. They are talking about business one minute and without warning, Summer switches the conversation to Sally. This doesn’t make Wyatt feel right and he refuses to give her any concrete information. All of his responses are very generic and vague, then he excuses himself and leaves for another meeting.

In the most recent issue of Soap Opera Digest, Brooks explained that Wyatt believes in second chances. Plus, he still cares about Sally and only wishes the best for her. So, when Summer starts digging into Sally’s past, Wyatt goes into protector mode. He does not condone trashing people, even those that have done terrible things. If anything, he is intrigued and curious why Sally moved all the way to Wisconsin and took an assistant position.

The Bold And The Beautiful Spoilers – Flo Fulton’s Dirty Deed

The Bold and the Beautiful spoilers reveal that Wyatt has no idea that Flo sneaks into the office after he leaves. He is clueless that Flo is going to approach Summer and strike a deal with her. After all he did to try and protect Sally, Flo will undo all of his hard work. She will reveal every tiny dirty detail from Sally’s past.

There are several clues from Brooks’ interview that Wyatt could contact Sally and warn her about Summer’s questions. Even though their last interaction was not positive, he knows that she is starting over. He still cares about her and refuses to give Summer any ammunition. He is also intrigued and concerned about why his ex moved so far away and demoted herself.

He truly wants the best for Sally, so Summer’s questions — and Flo’s information — could backfire. Wyatt could reach out to Sally and warn her that Summer is trying to dig up dirt on her. Will their reconnection go beyond that? Will he find out about Flo’s role in destroying Sally? He most likely will, but what he plans to do about it is anyone’s guess.