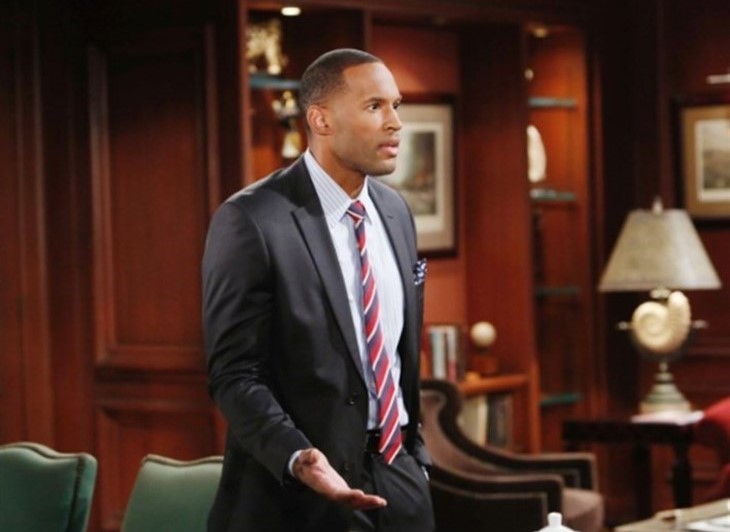 The Bold and the Beautiful spoilers reveal that Zoe Buckingham (Kiara Barnes) and Zende Forrester’s (Delon de Metz) love triangle isn’t over yet. In fact, it will just get more complicated. de Metz teased that it may turn into a quadrangle and Carter Walton (Lawrence Saint-Victor) could develop feelings for Paris Buckingham (Diamond White).

The Bold And The Beautiful Spoilers – Zoe Buckingham’s Love Triangle

B&B spoilers reveal that when Zende first came on the scene, it seemed that Zoe was getting involved in a love triangle. While she was dating Carter, Zoe was clearly interested in Zende. Then, she got engaged and Paris came to town. For the time being, it seemed that Carter and Zoe were together while Zende and Paris were interested in each other. However, nothing can really stay that simple in soaps.

Fans saw how Carter went above and beyond to help Paris get into the Forrester Foundation. Even though she never expressed interest, he was clearly impressed by her goals in life. She has ideas and wants to save the world, especially with underrepresented areas of the globe. Carter pitched her to Ridge Forrester (Thorsten Kaye), which got her a meeting and the opportunity of a lifetime. Carter made it seem like it was just to help out his fiancee’s sister, but could have it been motivated by him having feelings for Paris?

The Bold And The Beautiful Spoilers – From Triangle To Quadrangle

The Bold and the Beautiful spoilers reveal that de Metz teases this could become much more than a love triangle. He suggested a quadrangle could be in the works. He told Soap Opera Digest, “Clearly, it is complicated because there are some feelings for Zoe [by Zende], and it becomes a delicate juggle. How do you sort out these complicated feelings, given the close proximity of the sister — and then having Carter involved, his old friend? The dynamic is not a triangle. It’s a quadrangle, and there are all these different layers.

Even though de Metz didn’t say anything about Carter having feelings for Paris, a man doesn’t go as far as he did for just anyone. He basically got Paris a million dollar opportunity and we have to wonder if it’s because he’s interested in something more.

The Bold And The Beautiful Spoilers: 5 Reasons Why Finn’s Dark Side Is About To Come Outhttps://t.co/01ig874X1J

However, de Metz also told the magazine that when Paris entered the picture, Zoe immediately was out of the picture. So, he still has lingering feelings for her, but Zoe can’t hold a candle to Paris — at least in Zende’s eyes. We think that might be a huge issue for Zoe. Being a model, she’s used to people staring at her, telling her she’s beautiful and fantasizing about her. Then, her awkward little sister with zero fashion sense comes zooming in and takes all the attention away from Zoe. Sounds like things are going to get very messy!