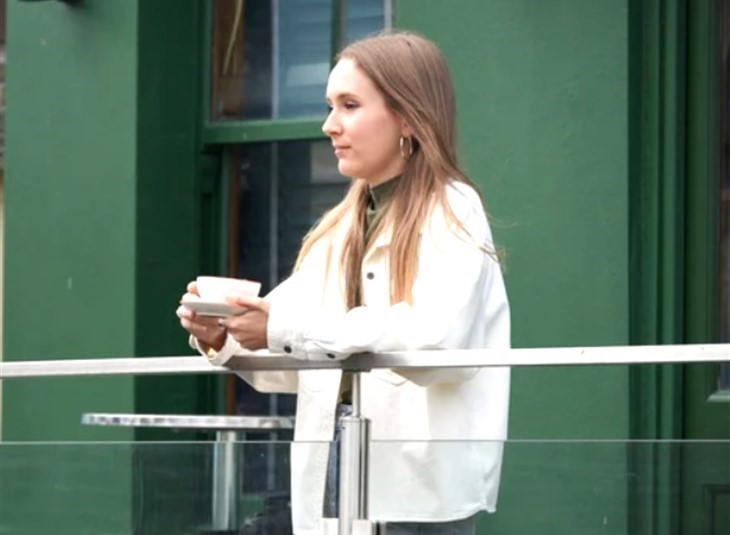 Eastenders spoilers reveal that In Walford Frankie Lewis (Rose Ayling-Ellis) is feeling rejected by the Carter family. After the bar fight and arrest, plus Linda Carter (Kellie Bright) not answering her call, Frankie makes a life-altering decision. She decides to take the job in Australia and never speak to Mick Carter (Danny Dyer) again. Can he fix things before it’s too late?

Eastenders spoilers reveal that Frankie is feeling rejected on all fronts. She recently discovered that her mother is a pedophile, which Frankie is a product of. She tries connecting with her father, but feels pushed away. Linda doesn’t make things any better, either. She tries to stop Frankie from calling Mick. She has good intentions and is trying to protect her husband, but she doesn’t think how that makes Frankie feel. Linda offers her number, but when Frankie calls it after being arrested, she doesn’t answer.

Eastenders spoilers reveal that Frankie thinks about taking the job in Australia. It’s not really a job offer and more of a bribe from her mother. Katy Lewis (Simone Lahbib) feels that she’s losing Frankie because of Mick. She also believes that Frankie has gotten too close to the truth and sending her away will make things easier for her. At first, Frankie wasn’t going to take it. After a lifetime of wondering, she finally found her father. However, they are both struggling with the sex abuse revelation that is shaking up everyone’s lives.

Frankie makes the decision to leave Walford and Mick’s family forever, according to In Soap magazine. She is being pushed away and rejected from everyone in her mind. With nobody to talk to and feeling completely alone, she starts drinking and acting out in rage. She has already been arrested once, but that won’t stop her from getting in trouble again. In fact, she continues drinking heavily after the arrest.

Eastenders spoilers reveal that Mick doesn’t realize that his daughter is feeling rejected and needs him right now. Since they both have a link to Katy and her sexual abuse, Mick is really the only one who would understand what Frankie is going through. Even though he has his own problems right now, Mick is technically her father. Will Frankie actually leave for Australia and never contact Mick again? Or can he stop her and try to bond and build a relationship with the daughter he never knew he had, the product of him being sexually abused as a child?

What do you think is going to happen with Frankie Lewis? Can Mick Carter deal with his issues while helping his daughter at the same time? Or has Linda Carter pushed Frankie away forever? We will have to keep watching the soap to see how this storyline ends.