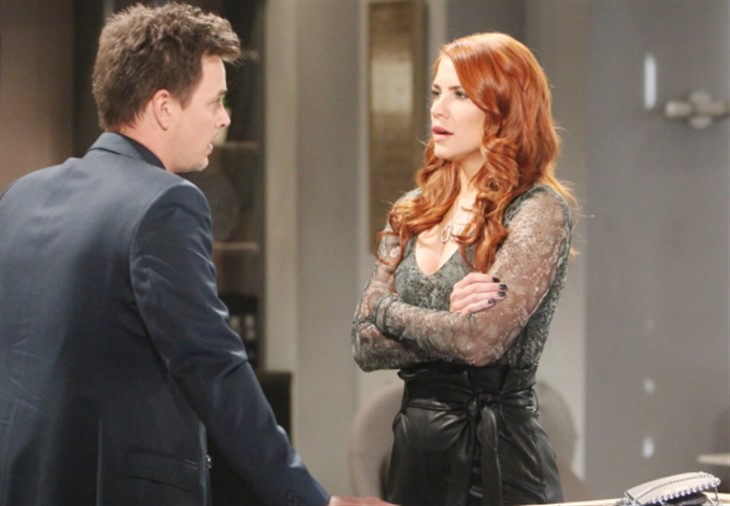 The Bold and the Beautiful (B&B) spoilers reveal that in Los Angeles Wyatt Spencer (Darin Brooks) won’t trash Sally Spectra (Courtney Hope). However, Flo Fulton (Katrina Bowden) will! The actor said that Wyatt still loves and cares for Sally. He wants the best for her and is intrigued by her move to Wisconsin. Could these two end up reconnecting and if so, will Sally return to B&B?

The Bold And The Beautiful Spoilers – Flo Fulton’s Betrayal

B&B spoilers reveal that Flo is going to betray Wyatt and give Summer Newman (Hunter King) all the dirt she wants to know on Sally. It could be the one thing that ends up breaking them apart. During an interview with Soap Opera Digest, actor Darin Brooks explained how Wyatt feels about Sally and why he won’t tell her anything negative about his former flame.

When Wyatt learns that Sally is no longer designing and is now an assistant, he will become concerned. Wyatt knows that he told Sally to move far away and never to both him or Flo again. However, he never imagined that she would have to start over from the ground up. He doesn’t understand why she wouldn’t be designing and feels a bit guilty that his angry last words might have crushed her career.

Wyatt is also incredibly intrigued by Sally’s “odd move” to Wisconsin. This could lead him to contact Sally and find out answers. He might also give her a warning that Summer is asking a lot of questions in L.A.

The Bold and the Beautiful spoilers reveal that Brooks told the magazine that a part of Wyatt still loves Sally and always will. He truly hopes that all her dreams come true and that her life is going well. The actor also said that he hopes that things are okay with Sally. Despite how Flo feels about it, Wyatt might reach out and reconnect with her.

If Wyatt does break up with Flo because of what she tells Summer, Sally will be the first person that he will want to turn to. However, she is no longer in L.A. She’s not even in the same state. The only possibility of Wyatt and Sally getting back together is if Brooks goes over to Y&R or if Hope returns to B&B. We haven’t heard any news about either of those things happening. However, we can still wish for these two to somehow get back together after Flo is out of the way.

What do you think is going to happen with Wyatt? Will he reach out to Sally? Will he reconsider being with Flo after she tells Summer everything?