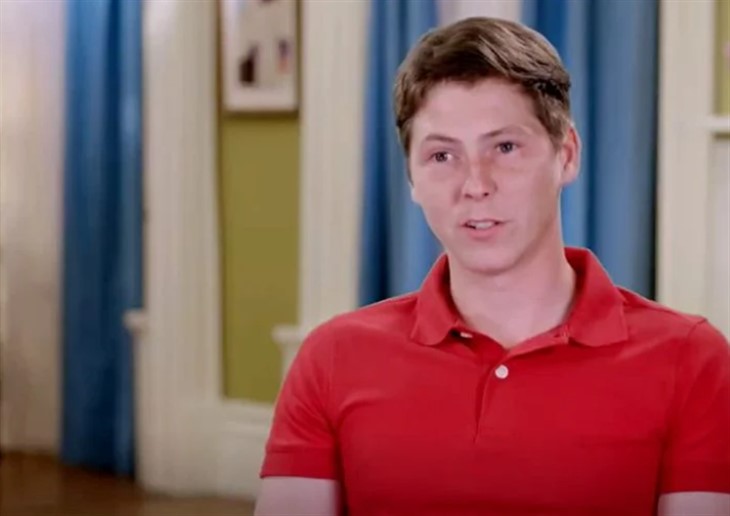 TLC’s 90 Day Fiancé spoilers tease that Brandon Gibbs’ fans have been comparing him to Julia Trubkina’s ex in “hot or not” comments on Brandon’s social media. The couple is one of the most interesting in this season’s 90 Day Fiancé, and the comments are even more interesting!

90 Day Fiancé fans will recall that city girl met country boy in an unusual way; Brandon was actually face-timing with a friend who was living in Russia when the friend was in a bar. Brandon spotted Julia go-go dancing in the background and knew he had to meet her – he even thought he had met his future wife the minute he saw her! Of course, this is a very young couple, still in their twenties, so that might have just been his hormones talking!

As the season has played out, fans saw some drama play out as well as Brandon’s overprotective parents forced Julia and Brandon to sleep in separate bedrooms, and Betty Gibbs even tried to force Julia on to birth control! Julia has also had quite a bit of adapting to do when pressed into farm chores service as a prerequisite for her staying in the Gibbs home. She loves animals but doesn’t love cleaning out stinky stalls and feeding often filthy farm animals. The Gibbs do breed German Shepherds, but they also have the standard variety of regular farm animals in no short supply, such as hogs, chickens, goats, and cattle. City girl Julia had never even seen a farm, at least not up close, when she arrived in the United States and headed to the family farm in Dinwiddie, Virginia with the Gibbs.

TLC fans were surprised to see Julia’s ex shirtless in some photos of her go-go dancing, and wondered what she’d ever see in supposedly scrawny Brandon! Fans even compared Brandon to Julia’s ex on his Instagram account, and some weren’t exactly praiseworthy in their comparisons. As fans discovered more and more photos from Julia’s go-go days and discovered photos of her sexy ex with his six pack abs and chiseled jaw, they started suggesting Julian should leave Brandon and go back to her much more exciting life in Russia complete with exciting ex-boyfriend! Brandon decided to strike back by posting a few shirtless photos of his own!

This surprised some 90 Day Fiancé viewers, who only saw him as a skinny mama’s boy on the show – they found quite a different Brandon in his Instagram posts! Brandon has a good sense of humor, as shown in his recent Elf On The Shelf pose, and he considers himself a fun loving country boy. He recently posted photos of himself that blew away his fans, posing in a swimming pool shirtless. He commented he missed the summer and didn’t like the cold, and asked fans if they felt the same way!

Julia put a like on the photo, which fans also noticed. Some fans commented they were looking “respectfully”, fearing Betty would pull the photos from the Internet, or get mad at them for looking at them! Some fans were a little bolder and suggested he get an “Only Fans” account, and others wanted to know who took the “smoldering” photos, Mom, Dad or Julia, with some calling him an “absolute snack” and “Brandon the model!”