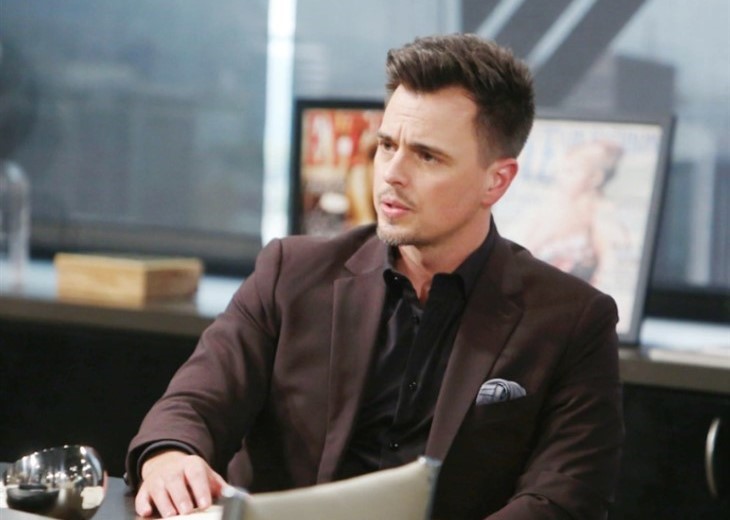 The Bold and the Beautiful (B&B) spoilers reveal that in Los Angeles Summer Newman (Hunter King) tries to make it seem like she’s just interested in collaborating with Spencer Publications. However, she messes up while chatting with Wyatt Spencer (Darin Brooks). She pushes about his past with Sally Spectra (Courtney Hope) and he’s not happy. Could Summer lose the business collaboration?

The Bold And The Beautiful Spoilers – Collaboration With Spencer Publications

Summer’s conversation with Wyatt goes beyond business. She starts to tell him that she knows Sally, which surprises Wyatt. Not only is he curious what she is doing in Wisconsin, but why she is an assistant instead of designing. Then, Summer starts poking into Sally’s past and Wyatt realizes that there is something else going on here. He will always have a soft spot for Sally and despite her sickness scheme, he will not trash her. The actor tells Soap Opera Digest, “The whole thing starts off business-wise until out of nowhere, Summer, who is there to expand the coverage of their brand [brings] Sally’s name up. I have to say, Wyatt is a little thrown by that and realizes there’s another pretense behind this meeting.”

The Bold And The Beautiful Spoilers – Wyatt Spencer Gets Annoyed

The Bold and the Beautiful spoilers reveal that when Summer doesn’t let up on the questions about Sally, he starts to get annoyed. Now, he’s the person who is setting up a meeting between Summer and Bill. So, she needs to tread carefully or she could ruin the collaboration before it even gets off the ground. Suddenly, Wyatt dashes off saying he’s late to a meeting. However, his exit is ill-timed because Flo has been eavesdropping.

After Wyatt runs off, Flo approaches Summer. She brings up Sally and tells Summer that she can tell her everything she wants to know. Bowden discusses what is coming up with this storyline.

“Flo happens to come in Wyatt’s office and Summer is there asking questions about Sally and Flo is immediately intrigued. Wyatt is not really saying a whole lot about Sally because he’s such a nice guy. He never wants to throw anyone under the bus. He’s being very generic with his answers and Flo is ready to step in and share more than Wyatt’s willing to share.”

While Flo might give Summer all the ammunition she needs, this could backfire in more ways than one. Wyatt could intercept the collaboration for one thing. Plus, Flo could destroy her relationship by being devious and vengeful toward someone Wyatt still cares deeply for.