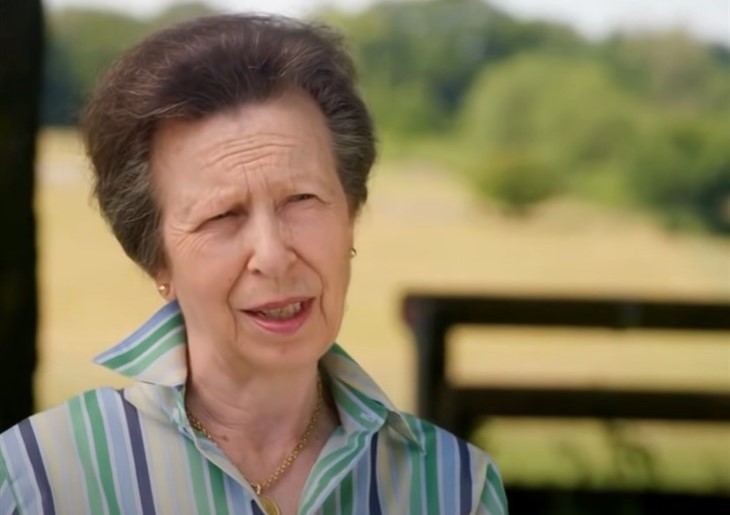 According to Buckingham Palace, The Duke of Edinburgh died peacefully in his sleep on Friday morning. The Royals honored the late Prince Philip, the longest-serving royal consort in the British Royal Family, by changing out their profile pictures on their official social media pages.

Two of Prince Philip’s four children honored him following his death with a video message that spoke about his life and the impact he made in the world. A prerecorded message that Princess Anne, 70, had previously done, made to be broadcast at the time of her father’s death, was released on ITV, and she told the world that “without him, life will be completely different.”

“But from society’s perspective, he was able to keep pace with the kind of technological changes that have such an impact… but above all that it’s not about the technology, it’s about the people,” she added about her father who died at the age of 99.

Prince Edward, 57, remembered his father differently, taking us back to his father’s 73-year marriage to Queen Elizabeth: “My parents have been such a fantastic support to each other during all those years and all those events and all those tours and events overseas,” he said. “To have someone that you confide in and smile about things that you perhaps could not in public. To be able to share that is immensely important.”

Childhood Days And The Legacies Left Behind By The Prince Of Edinburg, Through The Words Of His Children

Princess Anne recalled the difficult childhood that her father endured, how he had to be smuggled out in a crate from Greece when he was still a baby and how the family settled in Paris after their escape. Anne recognized how hard it must have been for young Prince Philip, who was much younger than his sisters and whose parents suffered from mental health problems that made him disconnected from them.

“He was virtually a refugee at this stage because he had nowhere else to go literally,” she recounted, later adding that having to attend the Gordonstoun School in Moray, Scotland, made an impact in his life.

He valued his time at the boarding school, but what he loved most, according to his daughter, was life experiences and academic learning. “He believed there were things outside [of school] which were necessary to help you develop as an individual, which played to your strengths and if that weren’t academic there were other things that would be your strength.”

“The Duke of Edinburgh Award is probably among the best-known of the foundations in his name, and initially started by his former headmaster Kurt Hahn, who when it was rolled out beyond Gordonstoun came to my father and said, ‘Would you get involved in this?’”

The Duke of Edinburgh Award is a self-improvement program for youths aged 14 to 24. The initiative is now in effect in about 144 countries, and it remains one of the legacies left behind by Prince Philip.

“My father got Lord Hunt involved in helping to shape how it would roll out and that was of course one of his geniuses, being able to find the right people to take things on and shape them,” the youngest child of the Duke of Edinburgh said of his late father. “The fact it has now spread to more than 140 countries, way beyond the Commonwealth, way beyond the English speaking world, is enormous testament to that original vision.”