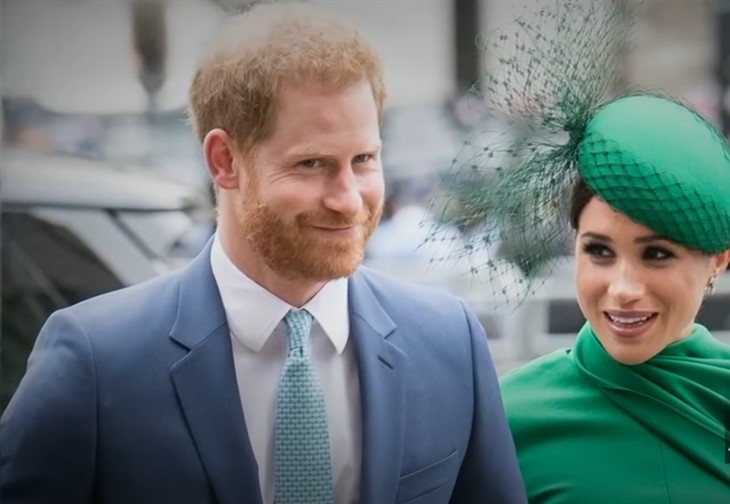 British royal family news reveals the stunning news that Prince Harry, Duke Of Sussex and Meghan Markle have an impressive history of calling the police to their $14 million California mansion since they moved in. On average, it appears they call the police once a month with a complaint.

According to official records the entitled couple have not been shy about requesting public aid ever since they and their son Archie moved into the exclusive Montecito neighborhood last July.

Royal Family News – Why Are Harry And Meghan Calling The Police Every Month?

The data was obtained under Freedom of Information laws by the PA news agency. According to the records, the Santa Barbara County Sheriff’s Office has been called out and subsequently responded nine times, including twice over Christmas, and their property’s alarm system has been triggered five times.

The couple are living large in a celebrity enclave that includes neighbors such as Oprah Winfrey and Ellen DeGeneres.

Officers were called four times in July alone, the first month they began residing in their new place. One call is recorded as a phone request and the others are labelled ‘alarm activations’ with all taking place in the early morning hours.

On Christmas Eve, sheriff’s deputies encountered a man on the property and he was let off with a warning. The next day they were called back on the same person who was then arrested and charged with one count of misdemeanor trespassing.

The most recent call was on February 16 and is listed as an alarm activation. A spokeswoman for the Santa Barbara County Sheriff’s Office declined to provide further details about the calls.

The couple’s security arrangements have been the source of controversy since they left the royal family for a life of luxury in the US.

Royal Family News – What Kind Of Security Do Harry And Meghan Have?

They first went to Canada where they expected the government to foot the bill for their security needs. The taxpayer was less than thrilled about that demand to say the least.

They then came to California where then-President Donald Trump let them know immediately that the US had no intention of paying for their private security needs. After much debate, they have apparently hired their own security but have also wanted the public police force to help them out numerous times.

The Bold And The Beautiful (B&B) Spoilers: Hope Chooses Thomas After Liam’s Hit and Run Revealed