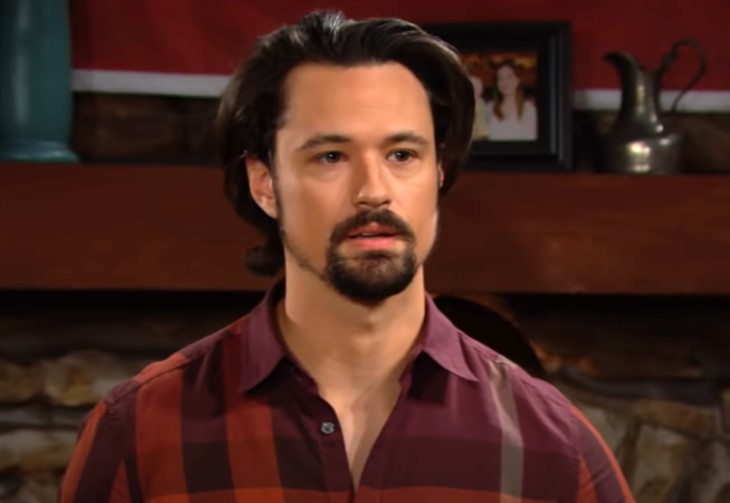 The Bold and the Beautiful (B&B) spoilers document that Thomas Forrester (Matthew Atkinson) crossed a long-anticipated threshold. He’s up and Liam Spencer (Scott Clifton) is down. That simple sentence contrasts with the steep mountain Thomas climbed to arrive at what would have been impossible just one year ago.

Liam pressing his fist against the glass in the visitor’s room at the prison and Thomas bump his own in response was a watershed moment on B&B. Liam, the self-confessed accidental killer. Thomas, a free man, who Liam asked to look after Hope Spencer (Annika Noelle), Beth Spencer (Madeline Valdez and River Davidson), Kelly Spencer (Avalon and Colette Gray), and Douglas Forrester (Henry Samiri). Solid soap to be sure.

Daytime isn’t about simple drama. It’s about storylines that cause viewers to suspend disbelief in order to take a ride.

Well, Bill Spencer (Don Diamont) didn’t experience the type of ride he was expecting. His intentions were good, however,

Bill wanted to keep Liam’s upbeat night going. Clifton’s alter ego kissed Hope in the cabin, which was a breakthrough moment in Lope’s latest reconciliation. They were clearly on a path back to normalcy just minutes before the accident happened.

Liam was surprised that his dad provided the keys to his rare sports car. But he happily got in the driver’s side, Bill was his passenger, and they headed toward Mulholland Drive.

For whatever reason, that’s yet to be defined, Vincent Walker (Joe LoCicero) was walking across the famous roadway. Liam didn’t see him until it was too late. Vinny was struck and died moments later, as Liam and Bill confirmed.

If Liam hadn’t passed out it’s possible that he would have called for help from the scene. However, devoted fans recall the physical tussle he and his father had on the floor at Spencer Publications. So, it’s reasonable to believe that Bill would have tried, or succeeded, in preventing Liam from reporting what happened in the immediate aftermath.

Bill decided to fix the situation by taking Vinny’s smartphone, destroying it and discarding that item, along with his wallet, and later sending the car overseas to a buyer. Those choices represented crimes. Liam became Bill’s accomplice by keeping quiet until he confessed to Deputy Chief Bradley Baker (Dan Martin).

The Bold And The Beautiful Spoilers – Thomas Forrester Is Redeemed

Thomas was a lout a year ago. He ran out on Zoe Buckingham (Kiara Barnes) after his plan to use her and Douglas to spark interest from Hope was exposed.

But the brain injury Thomas suffered changed his approach to life. He committed to being a better father and person and has delivered. Hope and Ridge Forrester (Thorsten Kaye) have been his strongest supporters, with even Liam acknowledging Thomas’ progress.

Liam’s ask Thomas fit within the sharp redemption storyline B&B created. So, it’s time for the next act, where Atkinson’s character hopefully plays a part in solving the mystery of why Vinny just so happened to be on that road where Liam hit and appeared to kill him.