Bold And The Beautiful (B&B) Spoilers: Liam Tries To Get Hope And Thomas Together? 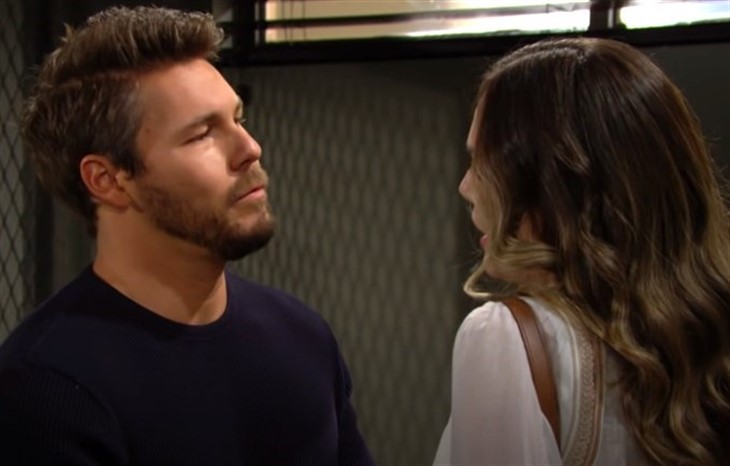 Bold and the Beautiful (B&B) spoilers and updates reveal Liam Spencer (Scott Clifton) is facing an uncertain future. He and his father Bill Spencer (Don Diamont) were out for a drive when Liam accidentally hit Vincent Walker (Joe LoCicero) with the car. Liam was distraught after hitting Vinny and passed out. Bill put Liam back in the car and left the scene. Bill threw away Vinny’s wallet and cellphone. Then he sold the car to a buyer overseas. Bill believed that Liam would be charged with murder if he came forward with the truth. Liam had a reason to want to kill Vinny. Liam had a one-night stand with Steffy Forrester (Jacqueline MacInnes Wood). Steffy found out that she was pregnant and needed a paternity test.

The test showed that Liam was the father of her baby. The situation caused trouble for Liam and his wife Hope Spencer (Annika Noelle). Later Thomas Forrester (Matthew Atkinson) found out that Vinny had altered the paternity test and that Dr. John Finnegan (Tanner Novlan) was the father of Steffy’s baby. Hope was grateful to Thomas for finding out the truth because she thought that she and Liam had a future together. However, Liam confessed to Hope that he had accidently killed Vinny. Liam turned himself in to the police and now does not know what will happen in regards to being able to be with Hope and their children. Liam does not want Hope to be alone.

Liam knows that Thomas cares for Hope. Thomas and Hope have a complex history. Hope adopted Thomas’ son Douglas Forrester (Henry Joseph Saimiri). Liam does not know if he is going to have to be in jail for accidently killing Vinny. He wants Hope to have the support that she needs to take care of his daughter Beth Spencer (River Davison). Liam may feel that Thomas can be the one to take his place with Hope and their children.

Bold and the Beautiful Thomas has been trying to find the person that killed Vinny. Thomas and Vinny were close friends since they were children. Thomas is upset to find out that Liam killed Vinny. He does not know what he wants to happen to Liam. Will Thomas try to get revenge on Liam for killing Vinny? Liam may try to convince Thomas to take care of Hope and their children.

Thomas has wanted to be with Hope but he has wanted Hope to be happy. Thomas knows that Hope is happy when she is with Liam. Will Thomas do what Liam wants and take his place with Hope and the children? Will Hope accept the support that Thomas can give her if Liam is in jail for a long time? Will Liam get out of jail and find that Hope and Thomas became a real couple? Tune in to Bold and the Beautiful to find out if Liam brings Thomas and Hope together.