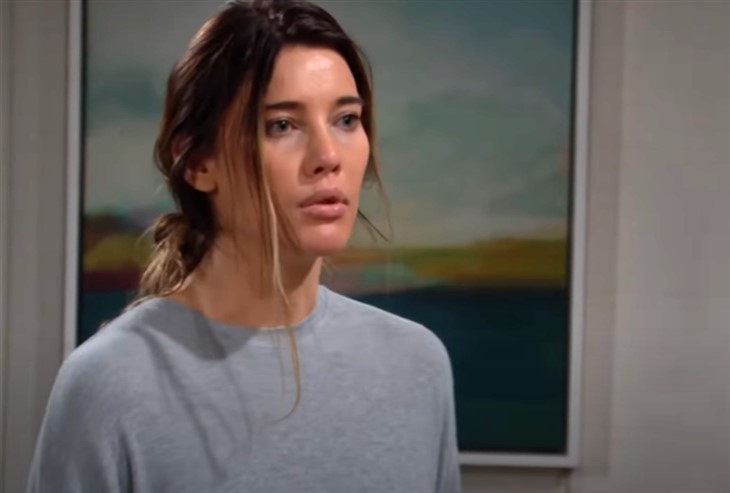 Steffy was distraught, and Thomas Forrester (Matthew Atkinson) was furious! Brooke was still there in the Forrester Creations office when Thomas and Steffy walked in on their conversation. Brooke reiterated that Hope had just found out and was trying to understand why he took so long to come clean, and also that the children didn’t know yet. Steffy even protested that the police must have had it wrong, and Brooke reiterated it was an accident, although Thomas fumed that it had to be intentional.

Brooke then explained that Dollar Bill Spencer (Don Diamont) had made what had been a terrible accident into an actual crime by his over-the-top attempts at a cover-up, and his forcing Liam to keep quiet until Liam had nearly lost his mind with guilt! Viewers of The Bold and The Beautiful know Dollar Bill had not helped matters any and even Justin Barber (Aaron D. Spears), Liam’s attorney, didn’t know if he could keep legal consequences from coming down on both Liam and Bill. Even though Liam had been unconscious, having fainted before Bill disposed of Vinny’s wallet and phone and had shoved Liam into the car and drove away, Bill still left Vinny, who Bill claimed was dead but couldn’t prove he was at the side of the road!

Viewers of The Bold and The Beautiful can only imagine what the conversation will be when Steffy visits Liam in jail! Even after hearing Brooke explain everything, Steffy will likely want to hear it directly from Liam. Steffy may have to see Liam’s face and body language and hear the way he talks to discern whether he is telling the whole truth or not, even though she knows him well enough, obviously, to know he likely would be.

Viewers of The Bold and The Beautiful will recall she wanted him to keep their one-night stand a secret and he had a hard time doing so until her pregnancy forced the issue! But uppermost in Steffy’s mind will be how, and what, she will tell their daughter Kelly Spencer (Colette and Avalon Gray) about Daddy! Thomas and Hope share the same issue regarding Douglas Forrester (Henry Joseph Saimiri) who they co-parent. Beth Spencer, (River Davison) Liam and Hope’s daughter may be too young to tell, although she will likely show signs of missing Liam.

Steffy, too, knew Vinny for a long time since he was the son of their neighbors and Thomas’ playmate growing up. Steffy will likely not lash out at Liam like Thomas would tend to, but it will be a very emotional jailhouse visit as Steffy and Liam discuss what to tell Kelly if her father goes away to prison for a long, long time, and possibly her Grandpa Bill as well!