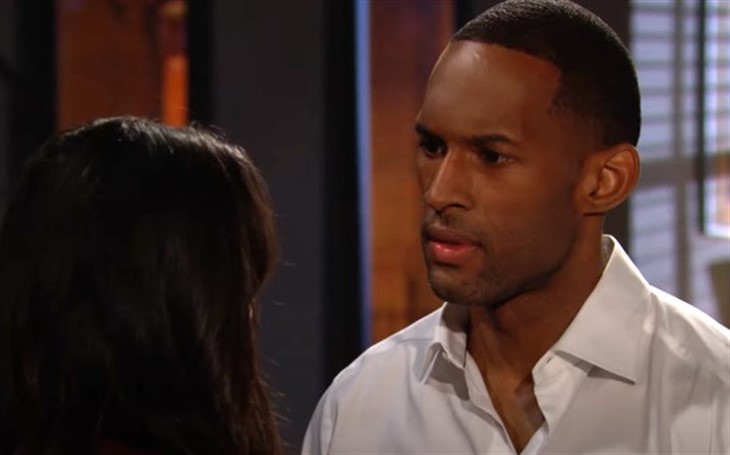 The Bold and the Beautiful (B&B) spoilers for Tuesday, June 15, 2021, reveal in Los Angeles Quinn and Cater going to desperate measures.

The Bold And The Beautiful Spoilers – Can Paris Buckinham Be Swayed?

Quinn (Rena Sofer) thought she was doing herself some good when she was as honest as possible with Paris (Diamond White). She even threw Zoe (Kiara Barnes) under the bus and told Paris that she and her sister were the ones who gave her that horrible tummy ache a few months ago and sabotaged her first date with Zende (Delon De Metz). See? Zoe isn’t the amazing sister Paris thinks she is. No reason to take pity on her and tell her the truth with Zoe is a liar and a manipulator, right?

Well, Paris isn’t convinced. She might believe Quinn about Zoe causing her upset stomach and about Quinn never actually meant to sleep with Carter (Lawrence Saint-Victor), but that doesn’t mean she thinks she should keep this tidbit a secret. Not only does Zoe deserve to know the truth, but Eric (John McCook) also does.

Quinn isn’t about to let that happen so she brings in the big guns — Carter. Together, Quinn and Carter make a heartfelt plea to Paris to keep her yap shut and leave well enough alone. Everyone is happy now and nobody really needs to know Quinn and Carter slept together. Why rock the boat? Will Paris be convinced? Secrets have a habit of always coming out in the end, so why prolong things when Paris can just be honest now before people get hurt more?

Thomas (Matthew Atkinson) wasn’t expecting Liam (Scott Clifton) to act the way he did and say the things he did when he went to confront him in jail regarding Liam causing Vinny’s (Joe LoCicero) death. He thought Liam wouldn’t be quite as apologetic and he certainly never thought Liam would ask him to be the one to look after Hope.

Thomas relays his experiences at the jail to Hope (Annika Noelle), who is also surprised by such a request. Then again, should she be? It was Hope who once pushed Liam towards Steffy (Jacqueline MacInnes Wood) when she felt they shouldn’t be together anymore. Stay tuned to The Bold and the Beautiful weekdays to see how this story plays out.