The Bold And The Beautiful Spoilers: Desperate Quinn Wants Paris To Stay Quiet – Will A Threat Come Next? 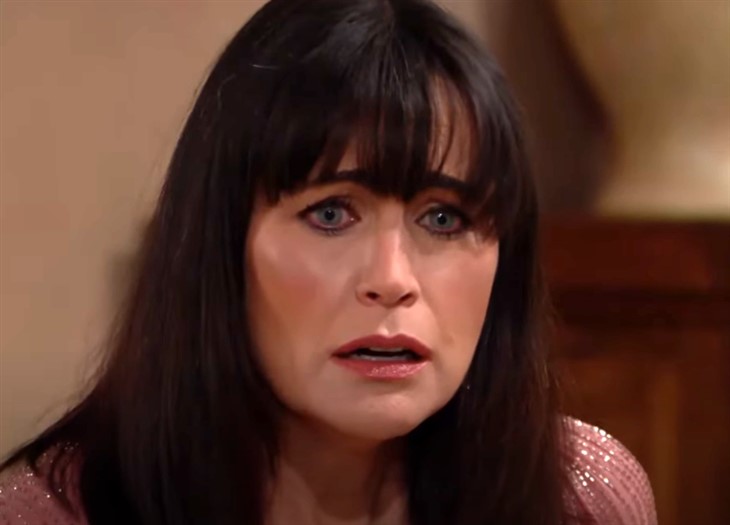 The Bold and the Beautiful spoilers say that if there’s anything that we’ve learned about Quinn Forester (Rena Sofer) over the years, it’s that she can do some pretty regrettable things when she’s feeling desperate. And that’s exactly what she might be feeling right now, as the brunette beauty is doing everything she can to keep her affair with Carter Walton (Lawrence Saint-Victor) under the radar. The only problem though is that Paris Buckingham (Diamond White) knows all about it. Read on for all of the latest spoilers.

The Bold And The Beautiful Spoilers – Desperate Quinn Forrester Wants Paris To Stay Quiet – Will A Threat Come Next?

According to the latest edition of Soap Opera Digest, Quinn is worried that the truth about her romance with Carter might come out. When she finds out that Paris knows what she’s been doing on the down low, Quinn tells her that her ‘fling’ with Carter is nothing more than that. The last thing she needs right now is for her husband Eric Forrester (John McCook) to catch wind of the fact that she has been having a hot and steamy affair with one of the most desirable men in this fictional town of Los Angeles.

In a new interview with SOD, Rena Sofer, who plays Quinn on the hit CBS soap, puts it this way, “The whole reason that Quinn and Carter got together in the first place was that she so desperately wanted to be with her husband. She wasn’t cheating on Eric because she wanted something different. She tried, but he would not forgive her. He could not let go of his anger towards her. Quinn kind of pleads her case to Paris about the fact that she was lonely. She missed her husband and he just wouldn’t forgive her.”

The Bold and the Beautiful spoilers say that Quinn is feeling pretty desperate. She doesn’t want Paris to tell anyone about what she knows, which has a lot of people wondering: will Quinn have to deliver a threat next? Of course, fans will have to tune in to find out!