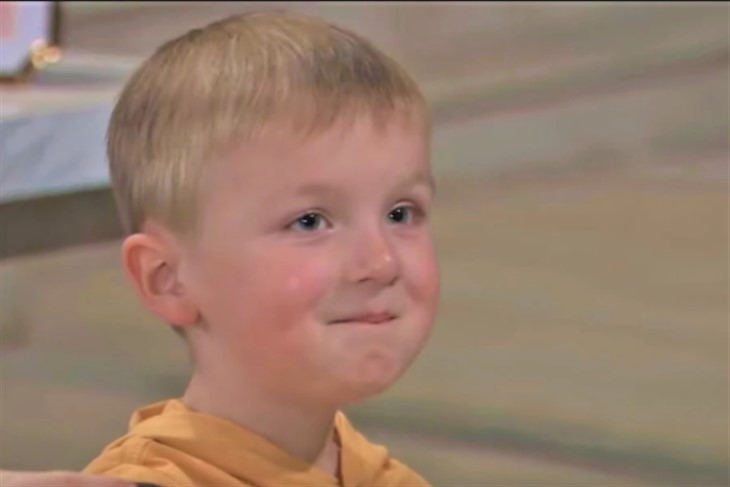 Wiley Repeats Everything He Hears

General Hospital’s Wiley repeats everything Nina says to Michael and Willow Tait (Katelyn MacMullen). Wiley rushed to tell Willow that Nina said she wasn’t his mother. Now Nina has opened her mouth to Wiley about Sonny being alive. Will Wiley tell Michael that Grandpa Sonny is alive? Michael would be shocked to hear what Wiley has to say and will certainly want to know where he heard this. How will Michael react to hearing that his father is alive? Will Michael demand answers from Nina or dismisses Wiley’s claims as a misunderstanding? Will Michael set off to bring his father home after Wiley tells him that Sonny is alive? Sonny still hasn’t regained his memory, will Michael be the person who brings Sonny’s memories flooding back?

If Michael learns that General Hospital’s Nina has kept Sonny’s existence a secret all this time he will be furious. After all, Nina knows how Sonny’s family has grieved his loss. Nina could have made points on her own by bringing Sonny home to his family. Instead, Michael has been forced to allow Nina around his son and her secret could certainly be a game-changer. Jasper Jacks (Ingo Rademacher) may have blackmailed Michael into these visits but Nina’s lie will end it. Unless Sonny goes to bat for Nina as well. After all, Nina has befriended him, but she has also lied to him. Will Sonny forgive Nina and ask Michael to let her continue to see Wiley? Will Michael go against his father’s wishes and make Nina pay?

GH Spoilers – Michael Corinthos Could Mention This To Carly Corinthos

If General Hospital’s Wiley tells Michael that Sonny is alive, Michael will likely tell his mother. Carly has been lost without Sonny and has taken over his mob business in his absence. Carly has often cried out to Sonny wanting him to return home to her and the children. Carly’s wrath will be much worse than Michael’s once the truth comes out. Will Michael tell Carly the whole story then? Carly will let loose on Nina and Jax if this happens. However, will Sonny finally come home to his family?

Wiley could be the key to Sonny’s return home. Will Wiley tell Michael what Nina said about Sonny? Will Michael forgive Nina for lying about his father all this time? Has Nina ended her relationship with her grandson before it begins?

The Young And The Restless (Y&R) Spoilers: Adam And Sharon Are At It Again – Victor Has Answers