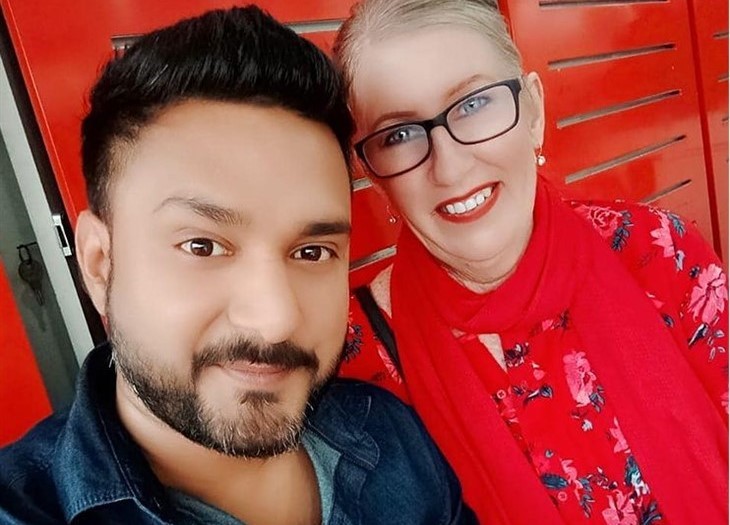 90 Day Fiancé stars Jenny Slatten and Sumit Singh reacted to the latest breakup rumors being thrown at them. The TLC couple has been rumored to part ways after fans spotted what they assumed to be Sumit’s new wedding photos.

Jenny Slatten and Sumit Singh just can’t catch a break from controversies. The 90 Day Fiancé couple has faced numerous rumors and criticism about their relationship.

Apparently, some fans think the couple should’ve been married by now given the circumstances they’ve dealt with in the past. But it doesn’t look like Sumit and Jenny will go down that path anytime soon.

The latest rumor about the 90 Day Fiancé couple is that they’ve separated. This is after fans saw photos of Sumit looking dapper in a suit. Fans assumed that he got married again, but still not with Jenny.
Jenny and Sumit Deny Breakup

But it seems Jenny Slatten and Sumit Singh have had enough of the breakup rumors about them. The 90 Day Fiancé couple took it upon themselves to set the record straight once and for all.

Jenny took to Instagram and shared a photo of herself with Sumit. The couple looked nothing short of happy as they smiled from ear to ear.

The 90 Day Fiancé stars denied the breakup rumors, saying, “We just laugh at some of these rumors about us.” She even reiterated in her hashtags that they are a “happy couple” and that “love wins.” Jenny also asked everyone to stop spreading rumors about them.

Despite the never-ending rumors about them, Jenny Slatten and Sumit Singh continue to enjoy a smooth-sailing relationship. The 90 Day Fiancé couple is happily living together in India, together with their fur babies.

Recently, Jenny and Sumit managed to recover from COVID-19 together. They contracted the virus in April and spent weeks in isolation.

As for their wedding, the 90 Day Fiancé couple has yet to reveal any details about it. Fans have been anticipating the big day for quite a while now. However, Sumit and Jenny show no sign of doing it anytime soon.

It’s no secret that the couple has faced some serious problems in their relationship, including Sumit’s first marriage and his parents’ disapproval of Jenny. Despite it all, the couple continues to fight for each other.

Now, only time will tell if Jenny Slatten and Sumit Singh will finally have they’re happily ever after soon.